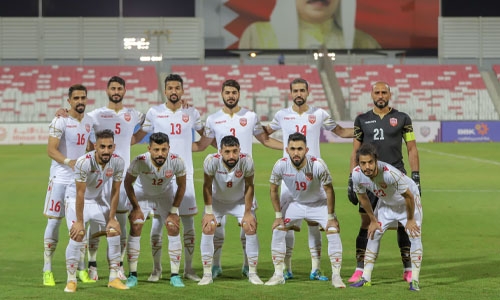 Bahrain have risen three places to 91st on the latest edition of the FIFA World Ranking as the senior men’s national team continue to enjoy their best standing in over a decade.

The Bahrainis improved to 1,251.31 points on the newest table, which was released yesterday by global football’s governing body. It is the first time Bahrain have ranked higher than its best 2010 ranking of 93rd in the world.

Bahrain have also moved up to 13th in the Asian Football Confederation but remained fifth amongst GCC teams behind Qatar (43rd in the world), Saudi Arabia (56th), the UAE (69th) and Oman (78th), while staying ahead of Kuwait (142nd).

Iran have risen above Japan as the top team in the continent, with the pair ahead of Australia and South Korea. Belgium continue to be the highest-ranked team in the world, followed by Brazil, England, France, Italy, Argentina, Portugal, Spain, Mexico and Denmark in the top 10.