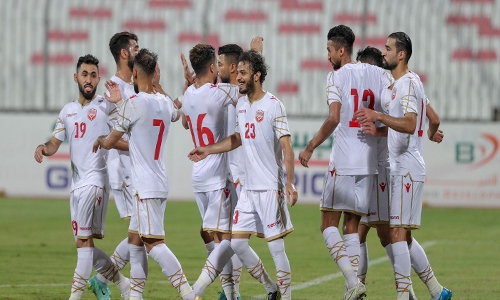 Bahrain romped to an impressive 6-1 victory over Haiti last night in an international friendly match played at the National Stadium in Riffa.

The hosts fired in five goals in a one-sided first half and added another after the break as they cruised the rest of the way.

Ali Madan finished as the national team’s top scorer with two goals, while Mohammed Al Rumaihi, Mohammed Jassim Marhoon and Ahmed Bughammar all added their goals in the opening 30 minutes.

Ali Haram then sent home Bahrain’s sixth in the second half after Haiti made it onto the score sheet.

The game was part of the Bahrainis’ preparations for their upcoming competitions, which includes the FIFA Arab Cup this December.

The nationals are scheduled to play another exhibition match on Tuesday next week. It will be against Jordan, who are also participating in the Arab Cup.

It didn’t take long for Bahrain to open their account, and it was Madan who got their scoring barrage going.

In the fifth minute, the wily playmaker intercepted a poor pass from Haiti and then hit a low shot between two defenders into the bottom-left corner of the net. Bahrain were then awarded a penalty in the 12th minute when Madan was taken down in the box by Haiti defender Francois Dulysse. 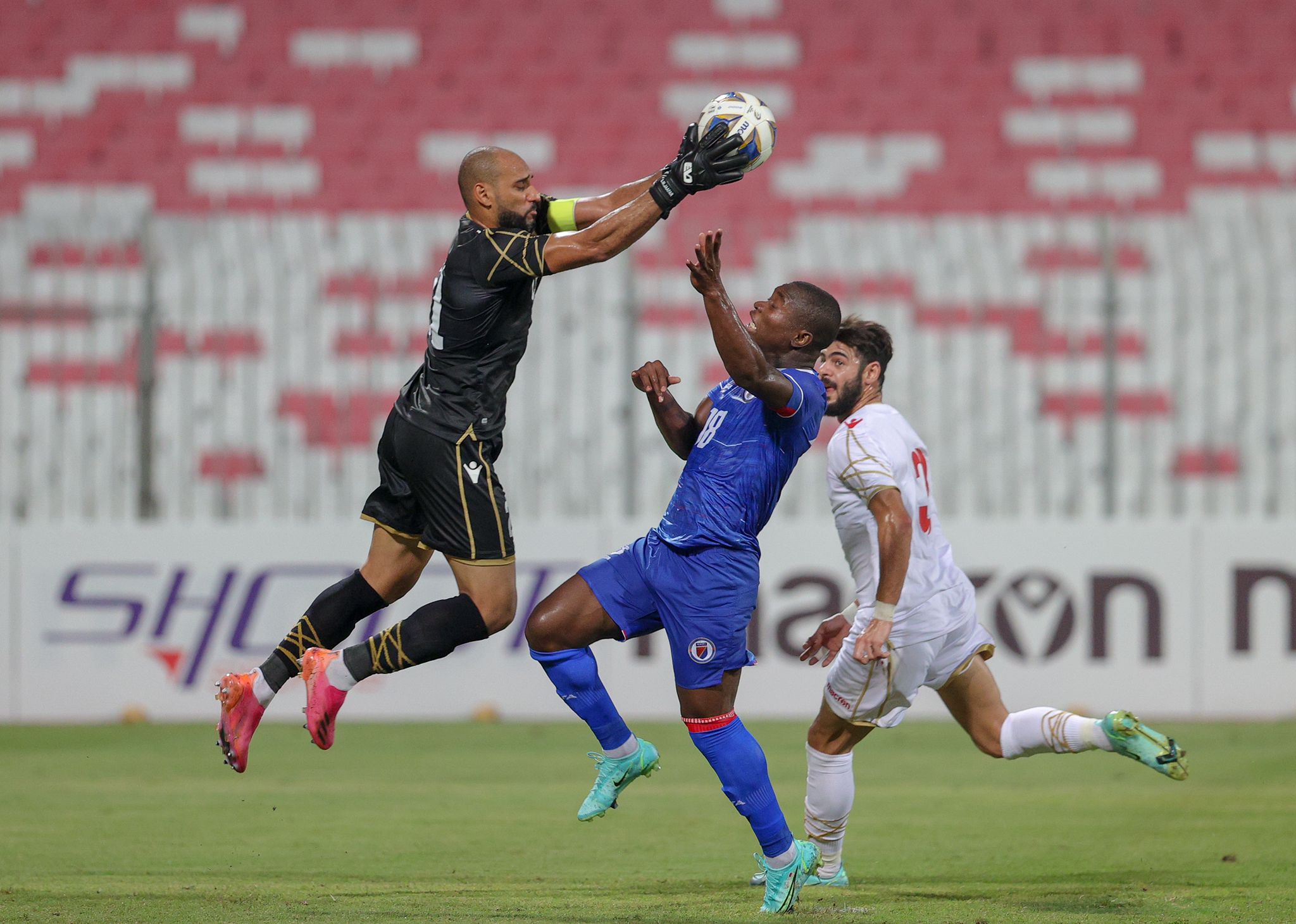 Al Rumaihi stepped up to take the spot kick and made no mistake with his well-hit effort as Haiti goalkeeper Brian Sylvetre guessed the wrong way.

The home team then made it 3-0 after a brilliant one-two between Marhoon and Alaswad in the 21st minute.

Marhoon was unleashed and he sent home a fine lobbed shot over Sylvetre into the goal.

Just two minutes later, Bughammar headed home in traffic off a Marhoon corner kick, and then in the 27th minute, Al Rumaihi intercepted a poor back pass by the Haitians and left it for Madan in front of goal to simply send the ball home for a commanding 5-0 advantage heading into the break.

In the 54th minute, Haiti forward Emmanuel Francois was able to get one back for his team.

He scored with a well-hit low shot from inside the box that made it past Bahrain’s substitute goalkeeper Mohammed Marhoon for their lone consolation.

But in the 67th minute, Bahrain were able to reply through Haram, who scored off a right corner kick by Alaswad.

Haram found enough space in a crowded penalty box to rise above his marker and head the ball into the net.

The Bahrainis could have added more goals throughout the remainder of the contest, but did not apply the finishing touches.