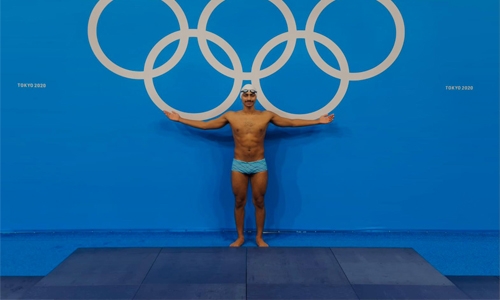 Bahrain’s 18-year-old swimmer Abdulla Isa will be getting into the pool today to compete in the heats of the Men’s 100m Butterfly at the Tokyo Olympics.

Abdulla is the national record holder for all the distances in the Butterfly, and today will be looking to improve on his best of 58.44 in the 100m.

Abdulla said that is one of his main goals, particularly as it will be a source of motivation as he will also be competing in the GCC Swimming Championship in Doha next month.

There are two other swimmers in Abdulla’s heat, namely Salvador Gordo of Angola who has an entry time for the Olympics of 55.57s and Yousif Bu Arish of Saudi Arabia, whose entry time is 56.58s.

There are a total of 59 entries in the Men’s 100m Butterfly, set to compete over eight heats for one of 16 places in the semi-finals.

In preparing for his participation today, Abdulla has been training daily since arriving in Tokyo under the supervision of head coach Dhaen Yusuf Alamer and fellow swimmer Noor Yusuf Taha, who will be competing tomorrow in the Women’s 50m Freestyle. This year’s Games marks the sixth straight Olympics where Bahraini swimmers are competing, and seventh overall.