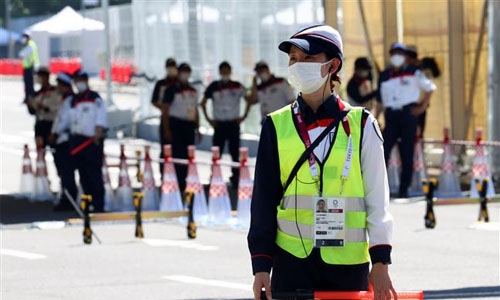 Two athletes have become the first to test positive for the coronavirus in the Tokyo Olympic Village, officials said on Sunday, as concerns remain high just days before the Games open.

The cases were revealed a day after an unidentified person became the first to test positive in the Village, which will house thousands of competitors during the Games.

"There was one person in the Village. That was the very first case in the Village that was reported during the screening test," Masa Takaya, spokesman for the Tokyo organising committee, told a press conference.

Tokyo is currently under a virus state of emergency, with infections surging. The city recorded 1,149 cases on Wednesday, the highest figure since January.

Several areas around the capital are under looser virus restrictions.