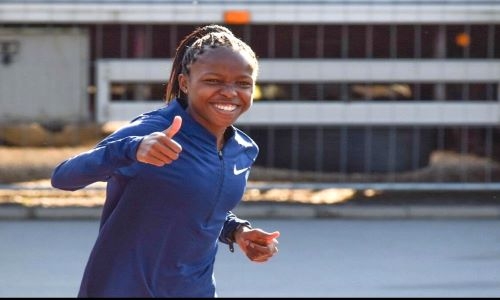 Bahraini elite athlete Winfred Mutile Yavi continued her preparations for the Tokyo Olympic Games with a dominant victory last night in the women’s 3,000 metres at the Paavo Nurmi Games, held in Turku, Finland.

The meeting was a Gold-level event, part of the World Athletics Continental Tour.

Yavi was one of seven competitors in the run. She completed the race in a winning time of nine minutes 17.55 seconds, crossing the finish line with a big lead over the rest of the field.

Claire Palou of France was classified fourth in 9:34.10.

The three other athletes who took part did not finish the race.

Both Finn and Palou clocked new personal bests in the distance, while Cherono had her season’s best.

Winfred, who has already met the qualification standard for the steeplechase at the Tokyo Olympics, continued her recent fine form with another impressive performance.

Her mark was slower than her time of 9:02.64 in her previous race at the Doha Diamond League held late last month, but it was still within the Olympic entry mark of 9:30.00. Winfred’s time in Doha was also her personal best.

She was the only Bahraini athlete competing yesterday in Finland.