Bahrain to play Estonia, Argentina in handball friendlies ahead of Olympics | THE DAILY TRIBUNE | KINGDOM OF BAHRAIN 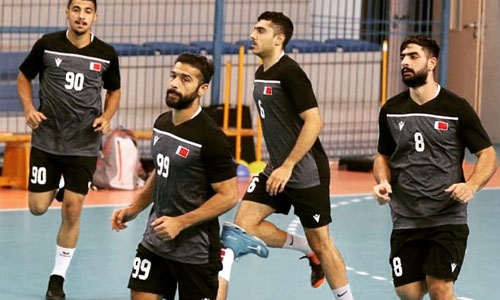 Bahrain to play Estonia, Argentina in handball friendlies ahead of Olympics

The tune-up games are part of the Bahrainis’ preparations for the Tokyo Olympic Games, where the nationals will be making an historic first-ever appearance in a team sport at any Olympiad.

According to the BHA, the Estonians are expected to arrive in the Kingdom on July 2 and will hold a week-long training camp here. The BHA also said that it has reached an agreement to play Argentina in a friendly in Tokyo, while communication has also been made with the teams of Brazil, Germany and Norway about the possibility of playing another warm-up game there.

The match against the Argentinians is currently scheduled for July 19. The BHA national teams committee noted the difficulty of scheduling friendly games in the current period due to the many travel restrictions in countries all over the world. Bahrain’s national team is currently conducting its daily training sessions locally for the Olympics, with a majority of the 27 players called up participating.

The others will join following the completion of Al Najma Club’s participation in the upcoming 23rd Asian Men’s Club Handball League Championship, which takes place in Jeddah from June 12 to 21.

Bahrain head coach Aron Kristjansson is also slated to join the national team soon, according to a team official. For the men’s handball tournament’s preliminary stage in Tokyo, Bahrain will be playing in Group B against Egypt, Portugal, hosts Japan, world championship silver-medallists Sweden, and reigning world and Olympic champions Denmark.

Group A consists of Norway, France, Germany, Brazil, Spain and Argentina. The action kicks off on July 24 and will continue until August 8.