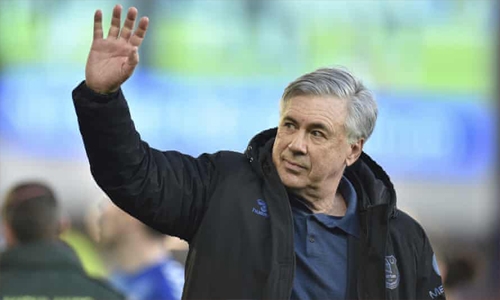 Carlo Ancelotti returns to Real Madrid as manager from Everton

Everton has announced that Carlo Ancelotti has left the club to return to Real Madrid as manager. The Italian has agreed a contract for 2024.

Ancelotti had three years remaining on the £11m-a-year deal signed in December 2019 and recently dismissed the possibility of going back to the Bernabéu as Zinedine Zidane’s successor. But Madrid’s president, Florentino Pérez, made a determined effort to rehire the coach he sacked a year after winning the Champions League in 2014. Ancelotti said: “I would like to thank the board of directors, the players, and the Evertonians for the tremendous support they have all given me during my time at the club. I have complete respect for everyone associated with Everton and hope they can achieve the exciting opportunities they have in front of them.

While I have enjoyed being at Everton I have been presented with an unexpected opportunity which I believe is the right move for me and my family at this time.” Ancelotti guided Everton to a disappointing 10th-place finish in his first full Premier League season with the club but was instrumental in attracting James Rodríguez and Allan to Merseyside.

With the director of football, Marcel Brands, the 61-year-old has been working on Everton’s transfer targets and his departure represents a severe blow to the majority shareholder, Farhad Moshiri, in his quest for stability under a high-profile manager. Moshiri is seeking the sixth permanent managerial appointment of his tenure.

David Moyes, who guided West Ham to sixth in the Premier League and European qualification last season, was a strong contender to replace Marco Silva before Ancelotti became available after his dismissal by Napoli.

Everton would likely have Moyes on any shortlist to replace Ancelotti but West Ham have no intention of losing him and are close to finalising a new three-year deal with their manager.

Moyes, who is searching for a new No 2 following Alan Irvine’s departure, will be backed in the transfer market by West Ham. They are interested in signing Spartak Moscow’s Alex Kral, although reports that they have agreed personal terms with the highly rated Czech Republic midfielder are premature.

Moyes is also on the hunt for a new striker and has looked at Tammy Abraham, who is out of favour at Chelsea. However West Ham could be priced out of a move for Abraham, valued by Chelsea at £40m. Another priority for West Ham will be bringing in a goalkeeper to challenge Lukasz Fabianski.

Ancelotti, one of three managers to have won the Champions League/European Cup on three occasions, was asked about the possibility of rejoining Madrid on 18 May. He said: “This is good publicity for me to be linked with Real Madrid but it is not true. I am really happy to stay here. We have difficulties of course but I feel good at Everton and my target is to make Everton better and better every year.”