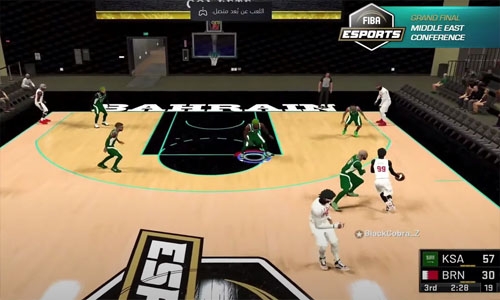 Bahrain narrowly missed out on the gold medals yesterday in the FIBA Esports Open III, played online using the NBA 2K21 video game platform. The Bahrainis had to settle for the silver medals in the competition’s Middle East Conference after losing to Saudi Arabia 0-2 in the best-of-three championship round.

The nationals first bowed to their Gulf rivals 60-100 in a game one blowout, before falling 59-76 despite a tougher challenge in their second game.

The two losses wrapped up their campaign in the open, which included two wins in the preliminary stage and a 2-1 victory in the semi-finals to set up their match-up with the Saudis.

The online tournament comprised six regional conferences. Six teams battled it out in South-East Asia, Africa and Middle East Conferences; while North and Central America had eight sides apiece. South America had seven teams while 28 played in the Europe Conference.

India's Delhi to lock down for six days