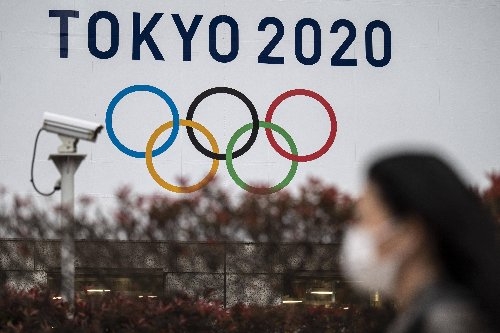 A top member of Japan's ruling party has warned the Tokyo Olympics could be cancelled if they are "no longer possible" as virus cases spike in the country, media reported Thursday.

"We need to cancel without hesitation if it's no longer possible," Jiji Press agency quoted Toshihiro Nikai as saying.

"If infections spread because of the Olympics, I don't know what the Olympics is for," added Nikai, who is the Liberal Democratic Party's secretary-general and second most powerful figure.

The comments were reportedly made during the recording of a television programme.

"It's important for Japan to foster excitement with support from the public, and it's an opportunity," the Mainichi newspaper quoted Nikai as saying.

"We definitely want to make it a success," he added, according to the daily, while warning "there are many issues to solve."

The remarks come 99 days before the pandemic-postponed Games open on July 23, and with rising concern in Japan about a spike in virus cases.

Record numbers of infections have been reported in Osaka in recent days, and the government has been forced to authorise new restrictions just weeks after lifting a virus state of emergency.

The surge has already forced the Olympic torch relay off public roads in Osaka, and a city in western Japan also announced Wednesday that it would cancel the public event.

Olympic organisers insist the Games can be held safely and have released virus rulebooks to allay public fears.

They point out sporting events are continuing in Japan, but opinion polls show a majority of Japanese favour a postponement or cancellation of the Games.

US poised to announce sanctions on Russia