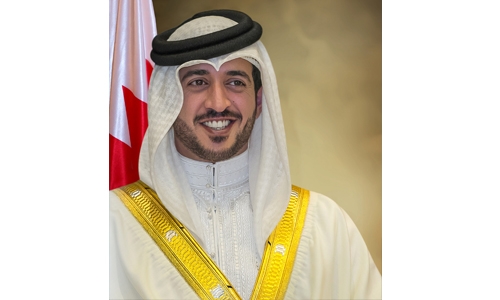 “This success adds to the achievements made by BRAVE CF which saw the light on September 23, 2016, in the Kingdom of Bahrain. This accomplishment wouldn’t have been possible without the support of HM King Hamad bin Isa Al Khalifa, King of the Kingdom of Bahrain for implementing the vision we sketched for this prestigious Championship,” HH Shaikh Khalid said. Moreover, HH Shaikh Khalid revealed that BRAVE CF is making its own distinctive mark at the international level, stating that: “The Championship holds multiple goals and we have supported its spread across various cities and capitals in the seven continents.

Through this, we wanted to promote Bahrain’s presence in this global sport as well as to bolster the Kingdom’s relations with the hosts at various level, especially sports,” Furthermore, HH Shaikh Khalid praised the huge efforts exerted by BRAVE Combat Federation in collaboration with Bahrain Combat Sports Council and Bahrain Mixed Martial Arts Federation to prepare for organising the second edition of the Kombat Kingdom despite the ongoing Coronavirus “COVID-19” crisis.

Bahrain a ‘model’ in promoting human rights and tolerance