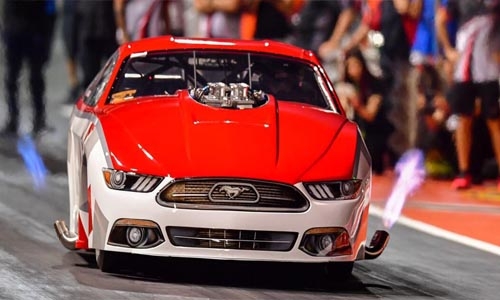 The 2021 Bahrain Drag Racing Championship kicked off with the first of five rounds yesterday evening and will continue until Friday at “The Home of Motorsport in the Middle East”.

Many leading drag racers and their crews from Bahrain and across the Gulf are in the fray, all of whom will be competing for victories, championship points and all-important bragging rights.

The season is set to feature racing in 13 categories for both cars and motorbikes. The first round begins with two days of Test and Tune Tuesday and Wednesday from 7 pm to 12midnight.

Qualifying will then be held on Thursday from 4 pm onwards, setting the brackets for Race Day on Friday. The 2021 season of the Bahrain Drag Racing Championship continues until April.

The fourth and penultimate meeting will then take place between March 9 and 12, which leads up to the championship-finale from April 13 to 16.

The 2021 champions will then be honoured at the end-of-season awards ceremony, slated for April 17.

The new campaign is being organised and run by BIC, the Bahrain Motor Federation and the Bahrain Drag Racing Club.

Kuwait government resigns less than a month after formation