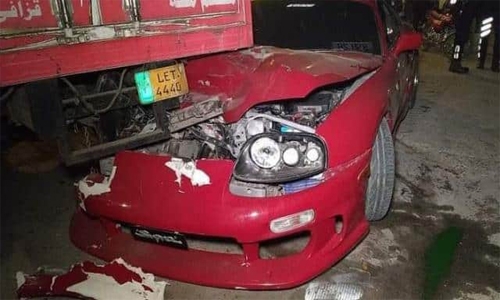 Former Pakistan captain Shoaib Malik has had a close brush on Sunday but has thankfully lived to tell the tale. The 38-year-old, who is married to Indian tennis star Sania Mirza, was involved in an accident but managed to escape unscathed.

Malik, who has played 35 Tests, 287b One Day Internationals and 116 T20Is, crashed his sports car into a parked truck just outside the National High-Performance Centre (NHPC) in Lahore.

The cricketer was at the NHPC to attend the Pakistan Super League (PSL) draft. And while the car was severely damaged, Malik later tweeted that he was safe and fine.

"It was just a happenstance accident and Almighty has been extremely Benevolent," Malik wrote on his official Twitter handle.

"Thank you to each one of you who've reached out. I am deeply grateful for all the love and care," he added.