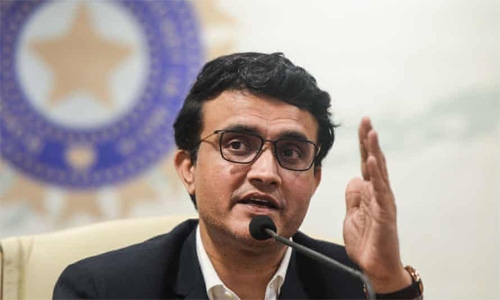 Former India captain Sourav Ganguly, who also heads the country’s cricket board (BCCI), was admitted to a hospital in Kolkata on Saturday after complaining of chest pain.

The Woodlands Hospital said in a statement that Ganguly complained of chest discomfort while doing treadmill at his home gym and tests showed he had suffered a mild heart attack.

Ganguly, 48, was stable and was undergoing angioplasty, the statement added.

A doctor at the private hospital, who did not want to be identified, said a medical board would be formed to decide on the line of treatment.

One of India’s most successful captains, 48-year-old Ganguly, who hails from the state of West Bengal, took over as the BCCI president in 2019.

His transition from a player to top administrator was seen as a natural progression for a former captain who helped India emerge from a damaging match-fixing scandal in 2000.

“Sad to hear that @SGanguly99 suffered a mild cardiac arrest and has been admitted to hospital,” Mamata Banerjee, the chief minister of West Bengal, said on Twitter.

Messages poured in on social media from the cricketing community wishing Ganguly, fondly known as “dada” or “elder brother”, a speedy recovery.

“I wish and pray for the speedy recovery of @SGanguly99. I’ve spoken to his family. Dada is stable and is responding well to the treatment,” BCCI secretary Jay Shah said on Twitter.

The former left-handed batsman, who retired from international cricket in 2008, played 113 tests and 311 one-dayers and led India to 21 test wins.