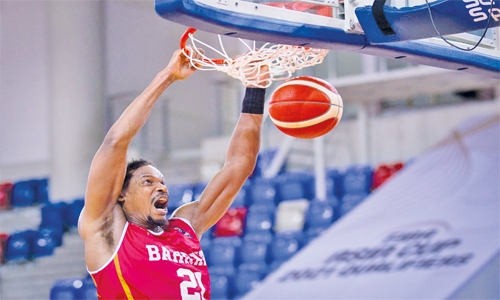 Bahrain wrapped up their campaign as hosts of this window’s FIBA Asia Cup 2021 qualifiers with a resounding 88-72 victory over India last night at the Khalifa Sports City Stadium in Isa Town.

After trailing by double digits in the first quarter, the Bahrainis were able to battle back before taking control of the contest in the second half.

The win preserved their perfect record in Bahrain this week, having earlier defeated Iraq on Friday. It was also their second against India in this stage of the qualifiers, having taken their first meeting in February.

In yesterday’s other game, Lebanon defeated Iraq 78-69. The Lebanese used a dominant third period, when they outscored the Iraqis 30-11, to help secure the win.

Wael Arakji top scored for the victors with 25 points while Demario Mayfield paced Iraq with 22 in the loss.

The qualifiers in Bahrain conclude today with just one game on schedule. The Philippines will be looking for a repeat of their win earlier this week against Thailand when the two teams face off at 4pm at the same venue.