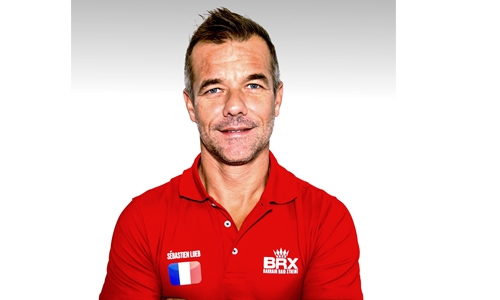 Nine-time World Rally champion Sebastien Loeb will be making his return to the hugely popular Dakar Rally next year, and he says he is “excited” to be taking on the challenge in the unique terrains of Saudi Arabia where he will compete with Bahrain Raid Xtreme (BRX).

The highly anticipated endurance event is scheduled for January 3 to 15, starting and finishing in Jeddah, and it will feature 11 stages spanning thousands of miles of vast desert terrain with sand dunes and rocks.

It will be only the second time the Dakar is being held in Saudi in its 43-year history, and Loeb is looking forward to this all-new test in his already storied career, having not competed in the 2020 running.

The BRX team is the product of a joint-venture between Mumtalakat and world-leading British motorsport business Prodrive. Loeb will be racing in BRX’s T1 car—a four-wheel-drive vehicle powered by a 3.5-litre, turbo-charged petrol V6 engine.

He is joined on the team’s line-up by Spaniard Nani Roma—one of only three people in the history of the Dakar to ever win both on a bike and in a car—who will be piloting the other BRX challenger.

TDT caught up with 46-year-old Loeb and discussed his preparations and expectations for his fifth outing in the Dakar.

TDT: What attracted you to joining BRX for the 2021 Dakar Rally?

SL: Firstly, I was excited to go back to racing. Sometimes during the race, it can get difficult and complicated, but you always leave with the most unforgettable adventures. Also, having the opportunity to race at the Dakar Rally with a new team and a well-designed car with expert experience motivates me to win the race this time with BRX.

TDT: What do you expect from your partnership with Nani Roma, who will be in the other BRX car?

SL: I’m glad to partner with Nani Roma for BRX. It is the first time we have teamed up together, but I believe it will bring a lot of success for both of us and the BRX team. Nani Roma is a highly motivated and experienced driver and we will work closely together and share our expertise to ensure great results for BRX in next year’s Dakar.

TDT: You sat out the 2020 Dakar, which was held in Saudi Arabia for the first time. What did you think about the race, having followed it through the media, and what are your feelings about taking on the challenge next year?

SL: Although I haven’t been to Dakar in Saudi Arabia before, I have had several people who have given me feedback. I know the first week went well, but the second week was a bit fast, and I think the route was recently modified as a result. All the feedback I have heard from the drivers has made me even more excited to participate next year.

TDT: You have a wealth of experience and success in rallying. Have you ever competed in similar terrain as what you expect to see in Saudi?

SL: I imagine that it shares some similarities to other deserts I have raced in, such as South America and Morocco. BRX have an intensive testing schedule in Dubai’s deserts, which I believe are similar conditions to Dakar.

TDT: Having already completed some testing in the BRX car in England, how would you assess where the car is in its stages of development?

SL: I tested the BRX T1 car for the first time in England, and it was my first time driving a four-wheel car from this category. I felt that it had a good balance and plenty of power. I’m confident that with more testing we can develop its potential and I am excited to drive it in the desert.

TDT: With just over a month to go before the Dakar, what is the most important element of your preparations?

SL: The most important part is to be physically prepared, and secondly to test the car in environments similar to the ones at the Dakar Rally. There are some additional technical tests that we still need to carry out, especially in the desert and sand dunes, to ensure we are prepared for any minor technical problems we might face during the race. I appreciate the whole team’s intensive work to test the car and we have already built great teamwork. We all understand that Dakar is a very unique and challenging race, so we are going the extra mile to ensure we are as prepared as possible.