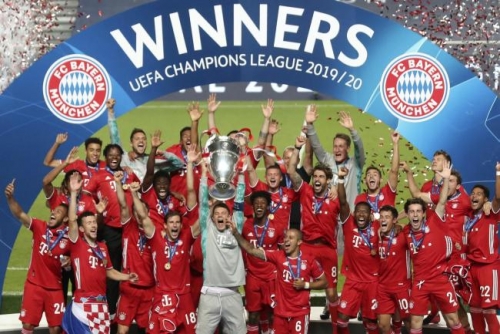 Kingsley Coman helped lift Bayern Munich to their sixth European Cup last night in a narrow 1-0 victory over first-time finalists Paris Saint-Germain (PSG) in Lisbon. The German giants were favourites heading into the contest and they lived up to that tag with Coman’s 59th-minute header.

The victory capped a magnificent first campaign at the helm of Bayern for coach Hansi Flick, who only took charge in November. He has led his side to only the second European-domestic treble in their history, after also earlier winning the the Bundesliga title and the DFB-Pokal cup competition. Coman’s second-half winner came on a counter-attack, and it appeared to deflate PSG.

PSG remain without the crown-jewel achievement following the deepest run they’ve made in the Champions League. PSG forwards Kylian Mbappe and Neymar each missed scoring opportunities they typically put away. At the other end, Bayern did well to hold possession. Coman caused problems down the left side, and Robert Lewandowski was a consistent threat in the middle.