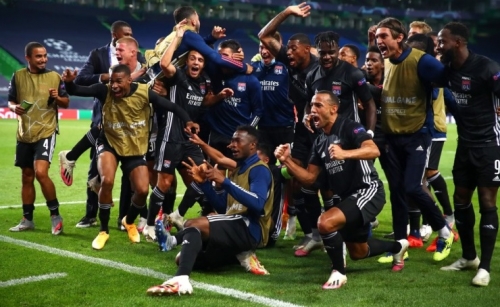 Ousmane Dembele came off the bench to score a brace as Olympique Lyon stunned Manchester City 3-1 on Saturday in Lisbon to turn the Champions League semi-finals into an exclusive German-French affair. Maxwell Cornet opened the scoring mid-way through the first half, playmaker Kevin de Bruyne levelled in the 69th but Dembele struck in the 79th and 87th for a surprise win.