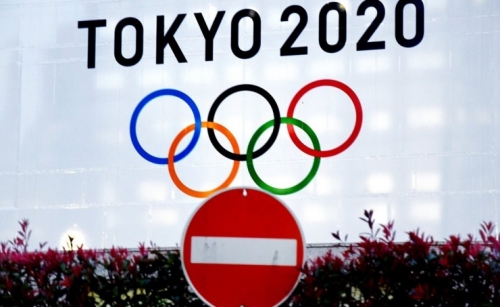 Japan is marking one year until the opening ceremony of the postponed Tokyo Olympics on Thursday with a subdued event amid the coronavirus pandemic. This is the second time the country is hosting a one-year-to-go event, as the pandemic forced the International Olympic Committee (IOC) and Tokyo organizers in March to delay the Games by one year.

Local organizers are set to hold a 15-minute event at a major Olympic stadium in Tokyo to coincide with the exact time that the opening ceremony of the postponed Olympics is scheduled to take place next year. The organizers will then release a video message that includes words of appreciation and support for athletes who aim to compete in next year’s Games.

Many Japanese, however, may not be willing to celebrate the day, which comes one day after Japan reported 795 new coronavirus infections, the highest daily tally since the start of the outbreak. Of the 795 cases, Tokyo confirmed 238 infections on Wednesday, surpassing 200 cases for the ninth time this month, compared with just 8 cases on May 25, when a coronavirus state of emergency ended in the Olympic host city.

Tokyo's Olympic organizing committee president Yoshiro Mori and chief executive Toshiro Muto told Friday's virtual IOC Session that all 42 original venues have now been confirmed for next year - including the Olympic village for athletes and the broadcast and media center. However, public health experts raised doubts about whether spectators would fill up such venues’ seats, as concerns about the coronavirus are expected to linger.