Liverpool can stay on top without major signings, says Klopp | THE DAILY TRIBUNE | KINGDOM OF BAHRAIN 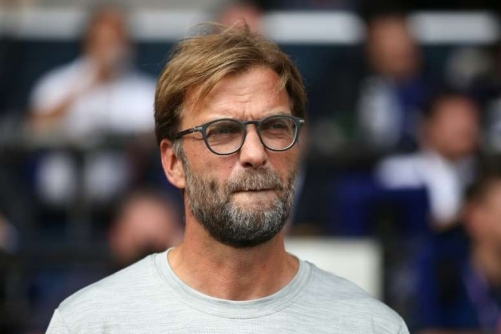 Liverpool boss Jurgen Klopp does not believe he has to spend “millions” in the transfer market, saying it is a tricky task to improve his Premier League winners. Klopp’s side were last week crowned English champions for the first time in 30 years with a record seven games to go.

The coronavirus outbreak, which put the Premier League on hold for three months, is likely to have a significant impact on the football transfer market. But Klopp said even if he had a significant war chest, spending it would not necessarily be easy or the right thing to do.

The club decided not to compete with Chelsea for RB Leipzig striker Timo Werner even though he had been heavily linked with a move to Anfield. Fringe players Xherdan Shaqiri and Adam Lallana look likely to be among those who will be leaving the club.

“COVID has of course influenced both sides with ins and outs, that is completely normal, and it’s just not likely that it will be the most busy summer in the world,” Klopp told reporters. “But maybe at a later point in the year, if the transfer window is still open, we will know more. But this squad... look at it. “It is not a squad you have to change now and say ‘OK, we need this position and this position’.”

Klopp’s last big buy was the purchase of Alisson Becker for £65 million ($80m) in 2018. Since then the outlay has been relatively small. Teenagers Harvey Elliott and Sepp van den Berg have joined the club along with Adrian and Takumi Minamino, who arrived from RB Salzburg for £7.25m in January.