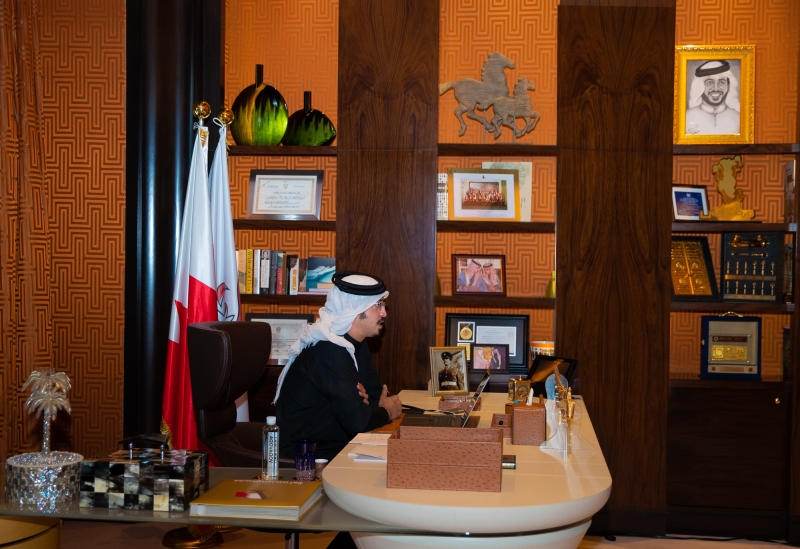 Bahrain will decide whether to resume its national sports competitions or cancel them on July 1. The decisions will take into considerations the positions of the continental and international federations in each of the sports, a meeting of the Bahraini association, chaired by HH Shaikh Khalid bin Hamad Al Khalifa, First Deputy Chairman of the Supreme Council for Youth and Sports and President of Bahrain Olympic Committee (BOC), said.

The meeting, held virtually in line with the directives of the Executive Committee to reinforce measures to prevent the spread of the coronavirus, reviewed the visions presented by the presidents of the various associations for the competitions and their plans for their resumption or cancellation.

“We are all confident that the Kingdom of Bahrain would overcome COVID-19 thanks to the solidarity and mutual support of all,” HH Shaikh Khalid said. “Everyone is committed to the measures and precautions to protect all people in Bahrain and we are all motivated to be stronger and more determined in combating the virus.”

HH Shaikh Khalid stated that the directives given by HH Shaikh Nasser bin Hamad Al Khalifa, His Majesty the King’s Representative for Charity Works and Youth Affairs, National Security Advisor and President of the Supreme Council for Youth and Sports strengthened the implementation of the measures taken to protect the Bahraini sports community, in order to prevent the spread of the disease and to safeguard sportsmen from the risk of infection.

HH Shaikh Khalid said, “We are confident that the Kingdom of Bahrain will overcome Covid-19 through unity. Everyone is responsible to commit to the measures and procedures to protect the society and strengthen it in its battle with this disease and to prevent it.” Through the meeting, HH Shaikh Khalid reviewed the perceptions presented by the heads of sports federations for their tournaments and competitions this season, and the strategy the federations would follow to resume or suspend the season.

His Highness hailed the positive interaction shown by the sports federations through the measures and steps it implemented, such as suspending its activities in the ongoing season as a precautionary step to combat and prevent the spread of Covid-19, in addition to its participation in spreading social awareness on the importance of adhering to safety and health measures.