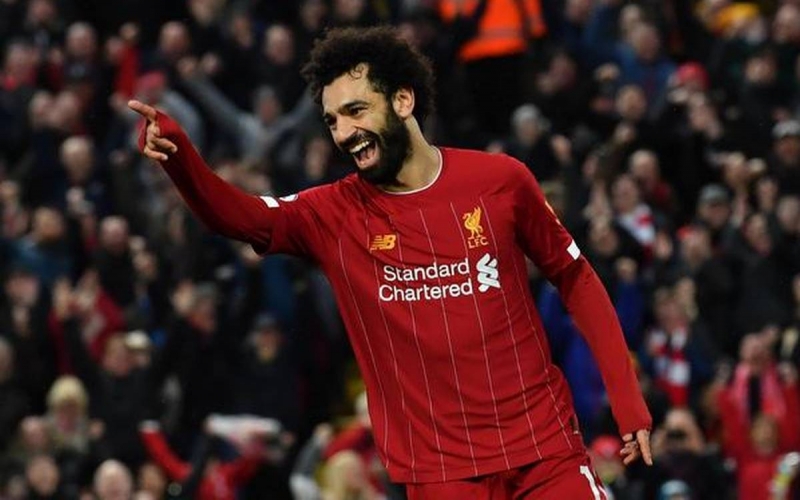 Liverpool surged a massive 22 points clear at the top of the Premier League with a 4-0 win over Southampton as Leicester and Chelsea consolidated their place in the top four in a thrilling 2-2 draw at the King Power. Mohamed Salah scored twice as the champions-elect equalled a Premier League record with a 20th straight home win at Anfield. Southampton believed they should have had a penalty early in the second half when Danny Ings went down in the box against his old club, but no spotkick was given and Liverpool went straight up the other end to take the lead through Alex Oxlade-Chamberlain.

Jordan Henderson  doubled the European champions lead with a smart finish on the hour mark. Salah then produced two cool finishes in the final 20 minutes as Jurgen Klopp’s men took their tally of points to a remarkable 100 from the last possible 102. Rudiger to the rescue Chelsea stretched their advantage over Manchester United, Wolves and Tottenham to seven points, but offered further hope to the chasing pack in the battle for a Champions League place.

Frank Lampard’s men have now won just four of their last 13 league games and the Blues’ boss’s frustration at not being able to add to his forward options in the January transfer window was exacerbated as the visitors needed two goals from centre-back Antonio Rudiger just to claim a point. “Not many people gave us the top four slot and I understand why, and it’s probably the same now,” said Lampard. “We’ve come to Leicester, who everyone’s raving about, quite rightly, and we’ve got a point.” All the goals came in the second half as Rudiger nodded Chelsea in front before two goals in 10 minutes from Harvey Barnes and Ben Chilwell turned the game around for Leicester. A brilliant leap from Rudiger 19 minutes from time denied the Foxes all three points, but Brendan Rodgers’s men maintain an eight-point lead over Chelsea in third.

“We should have won having gone 2-1 up. We gifted them two goals really, which we’re disappointed with,” said Rodgers. Sheffield United are now Chelsea’s closest challengers as Chris Wilder’s men moved into fifth with a 1-0 win at Crystal Palace thanks to a calamitous own goal from Eagles’ goalkeeper Vicente Guaita. At the bottom of the table, West Ham and Watford blew two-goal leads to slip into the relegation zone. A double for Robert Snodgrass after Issa Diop’s opener put West Ham 3-1 up on Brighton at the London Stadium, but the Seagulls fought back through Pascal Gross and Glenn Murray for a point that keeps them two points above the drop zone. Watford failed to even get a point after going 2-0 up on Everton through Adam Masina and Roberto Pereyra.

But they switched off from two set-pieces in first half stoppage time to allow Yerry Mina’s double to bring Carlo Ancelotti’s men level. Everton then went down to 10 men when Fabian Delph was sent-off but still snatched all three points through Theo Walcott. Aston Villa’s celebrations at reaching the League Cup final in midweek were short-lived as 10-man Bournemouth held on for a 2-1 win that lifted them up to 16th. Norwich are now seven points adrift of safety at the bottom of the table as they again paid for not taking their chances in a 0-0 draw at Newcastle.