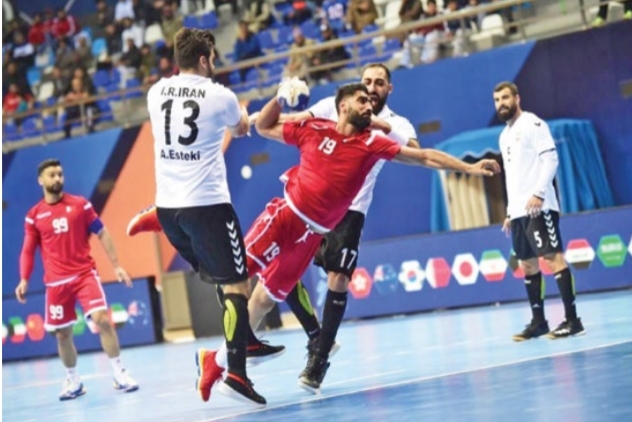 Bahrain edged past Iran 22-20 last night in a tightly contested affair in the 2020 Asian Men’s Handball Championship, being held in Kuwait.

The Bahrainis claimed their second victory in as many games with the result, which helped them end their campaign in the preliminary round in first place in Group A.

Action in the Main Round gets underway tomorrow, with the nationals facing either the UAE or Kuwait.

That game is scheduled for a 2pm start at Shaikh Saad Al Abdullah Sports Hall Complex in Kuwait City. The Bahrainis need to finish in the top two to book a ticket to the semi-finals.

In their win over Iran yesterday, Bahrain led 14-11 at the interval before grinding things out in a low-scoring second half.

Ahmed Jalal scored fired in seven goals to lead the Bahrainis in the match.

Mohammed Mirza finished with two goals, while Ali Mirza and Ali Eid rounded out Bahrain’s scorers with a goal each.

For Iran, Sajjad Esteki was their top performer, coming away with a game-high 10 goals in all.

Bahrain are gunning for their first-ever title in the Asian championship.

They have finished as silver-medallists four times in the past, including the last three editions of the tournament.

There are eight teams in the Main Round, divided into two groups.

The top two will march on to the final four, which have been scheduled for Saturday next week.

The final match will then be held on Monday along with the bronze medal game.

The Asian championship also acts as the continental qualifying tournament for the 2021 World Men’s Handball Championship.

Each of the competition’s four semi-finalists will book their tickets to the worlds, set to take place in Egypt in January of 2021.