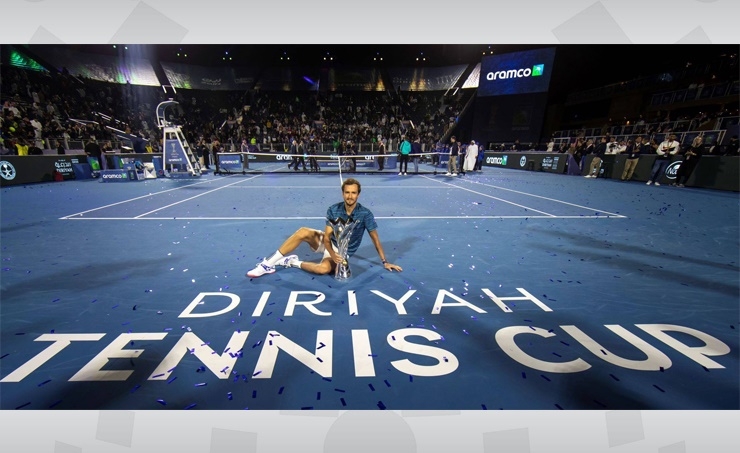 The tournament concluded its activities this evening after Medvedev managed to defeat his Italian opponent Fabio Fognini in the final match, to write his name as the first professional tennis player to win this cup, which was hosted for the first time by the Kingdom of Saudi Arabia, Saudi Press Agency (SPA) reported.

The tournament started last Thursday and lasted for three days. It witnessed several matches between eight world professional tennis players who are considered to be among the most prominent and important stars in the world of tennis.

It is the beginning of a new era for tennis in the Kingdom which is expected to witness a significant growth in this sport in the coming years.