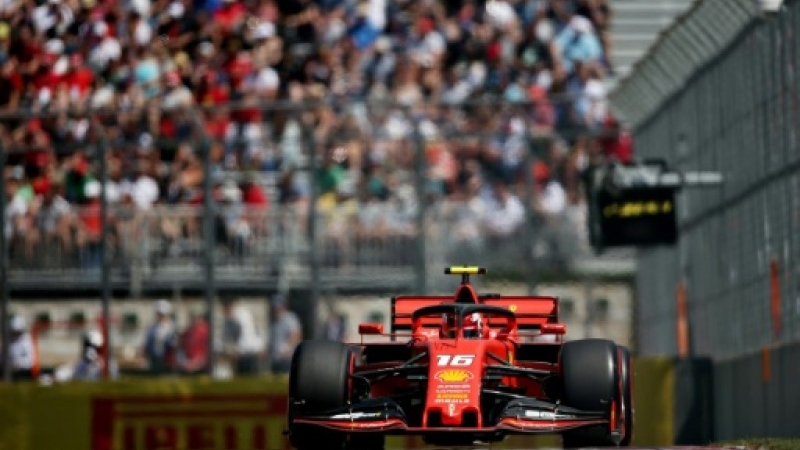 Leclerc on top as Ferrari rebound after Hamilton puncture

Lewis Hamilton said he felt like a naughty schoolboy after hitting the wall in second free practice for Sunday’s Canadian Grand Prix as Charles Leclerc led a revived Ferrari back to the top of the times on Friday. The defending five-time world champion slid out of the chicane through turns eight and nine, his rear right wheel slamming hard into the barriers.

“It was my mistake,” he said. “And I damaged the car. The boys tried really hard to fix it, but there wasn’t enough time.” As a result of the crash, Hamilton nursed his car back to the pits with a puncture and a damaged floor. “I don’t remember the last time I missed a whole session,” he added. “It’s definitely not great to watch from the garage -- it feels like sitting in the headmaster’s office, wishing to be back in class.”

Leclerc topped the times ahead of Sebastian Vettel as Ferrari took full advantage to lead the way in an eventful second practice that raised Italian hopes of ending Mercedes record run of six consecutive season-opening wins.

The Monegasque driver, bitterly disappointed by a team error in his home Monaco event two weeks ago, clocked a best lap in 1min 12.177sec to outpace the four-time champion by 0.074 seconds and leave Valtteri Bottas of Mercedes third, adrift by one-tenth. Hamilton wound up down in sixth place behind Carlos Sainz of McLaren and Kevin Magnussen of Haas. - ‘Innocent mistake’ - The championship leader completed only eight laps and missed more than an hour of the session, a possibly vital absence in terms of collecting data, notably on tyre degradation, at the challenging Circuit Gilles Villeneuve.

“It was an innocent mistake,” he added. “I was doing multiple laps on the medium tyre and was really trying to find the limit.