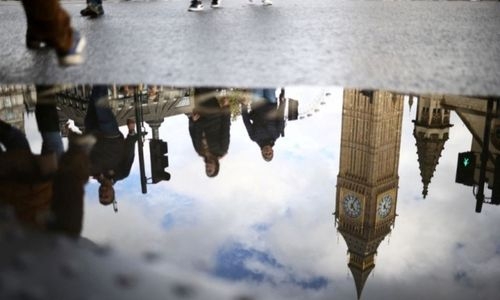 Britain's economy is on course to shrink 0.4% next year as inflation remains high and companies put investment on hold, with gloomy implications for longer-term growth, the Confederation of Business Industry forecast on Monday.

The CBI's forecast marks a sharp downgrade from its last forecast in June, when it predicted growth of 1.0% for 2023, and it does not expect gross domestic product (GDP) to return to its pre-COVID level until mid-2024.

Britain has been hit hard by a surge in natural gas prices, as well as an incomplete labour market recovery after the COVID-19 pandemic and persistently weak investment and productivity.

The CBI's GDP forecast is less gloomy than that of the British government's Office for Budget Responsibility - which last month forecast a 1.4% decline for 2023.

But the CBI forecast is in line with the Organization for Economic Co-operation and Development (OECD), which expects Britain to be Europe's weakest performing economy bar Russia next year.

The CBI forecast business investment at the end of 2024 will be 9% below its pre-pandemic level, and output per worker 2% lower.

To avoid this, the CBI called on the government to make Britain's post-Brexit work visa system more flexible, end what it sees as an effective ban on constructing onshore wind turbines, and give greater tax incentives for investment.

"We will see a lost decade of growth if action isn't taken. GDP is a simple multiplier of two factors: people and their productivity. But we don't have people we need, nor the productivity," Danker said.