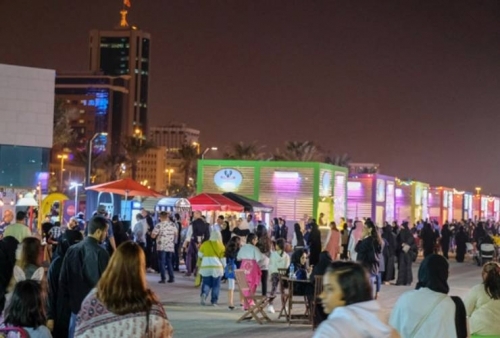 As 2022 comes to a close on a high note, plans are shaping to make 2023 furthermore delicious and tasteful for Bahrainis. At the forefront of devising such plans are the Bahrain Tourism and Exhibition Authority.

Amongst their plans for 2023 is the 7th edition of the Bahrain Food Festival. The sixth edition of the family-friendly event was held in March this year at Bahrain Harbour and emerged as an instant hit by attracting 175,234 visitors.

During the 16-day festival, attendees were treated to approximately 200 activities and performances, said Bahrain Tourism and Exhibition Authority. Taking part were 120 restaurants, representing a 32% increase compared to the 2020 edition.

The highlight of the just concluded 6th edition was “Cooking Corner,” which featured several well-known Bahraini chefs preparing and cooking various cuisines in front of the public.

Now BTEA has set its eyes on the next edition to make it further more interesting. For, the authority has also launched a tender inviting highly qualified companies in the construction of platforms and organising the events to submit proposals for the Bahrain Food Festival 7th Edition – 2023.

The tender says bidders can submit a maximum of 2 proposals. Bids should reach the tender board before the 24th of December 2022 with a BD2,500 bond. The tender fee is BD100.

BTEA Chief Executive Officer, Dr Nasser Qaedi, earlier said the festival had become a key attraction for visitors from outside Bahrain, contributing to the overall development of the tourism industry and accomplishing the goals of Bahrain’s tourism strategy 2022-2026.