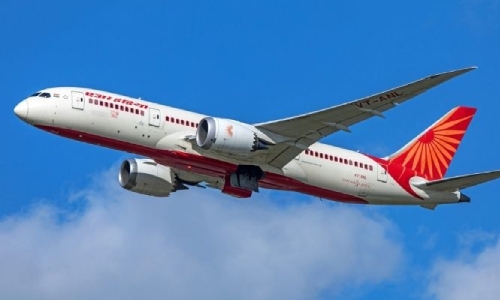 Tata Sons won the bid to bag debt-laden Air India with a winning bid of Rs 18,000 crore, the government said on October 8, a homecoming moment for an airline it founded but gave control to the state.

An empowered panel of ministers led by home minister Amit Shah gave its approval to the salt-to-software conglomerate’s offer over that of SpiceJet chairman Ajay Singh, the only other bidder in the fray. Singh bid in his personal capacity and his bid was around Rs 15,100 crore.

The reserve price for Air India, below which the government would not have accepted offers, was fixed at Rs 12,906 crore. Pandey said that the deal will be closed by December 2021.

Pandey said that total debt of Air India as on August 31 was Rs 61,560 crore. Debt which will be taken over by Tata will be Rs 15,300 crore while Rs 46,262 crore will remain with Air India Asset Holdings Ltd, which is a special purpose vehicle created to retain the non-core assets, land and the debt of Air India which Tata will not be taking on.

"A competitive process has been carried out in a transparent manner," DIPAM Secretary Tuhin Kanta Pandey said, noting that the bidders had to quote a "minimum 15 percent of enterprise value for cash consideration".

The official added that bidders were to quote a "maximum 85 percent of quoted enterprise value for retained debt".

The reserve price was set "before opening the sealed financial bids", the DIPAM Secretary clarified, adding that the terms and conditions were not negotiated after receiving the financial bid.

Selling Air India, which has not made profits in 15 years, was a vital piece in the government’s ambition to privatise assets. Finding a buyer was tough because the airline— nicknamed Maharaja—has long struggled to stay aloft, was steeped in losses and bruised by competition.

Friday’s announcement actually marks the culmination of several attempts to find a buyer for the airline founded in 1932. It is good riddance for the government because it no longer has to throw good money at a bad asset it took over from the Tatas 68 years ago.

For the Tatas, despite the baggage of a bloated workforce and debt, Air India offers some prized aviation assets. The Tatas get access to slots at busy foreign airports, lucrative destinations such as the Gulf thanks to bilateral flying rights between India and foreign nations, membership to the Star Alliance global network, a solid mix of narrow body and wide-body planes and a trained workforce.

All these give Tata Sons formidable air power because of the majority stakes it owns in budget airline AirAsia India and full-service carrier Vistara. In one stroke, the Tatas get access to aviation assets which otherwise would have taken years and boatloads of money for Vistara to build.

Tata Sons will get control of Air India's 4,400 domestic and 1,800 international landing and parking slots at domestic airports, as well as 900 slots at overseas airports, a Reuters report said earlier.

As part of its latest bid to sell Air India, the government changed the norms in October 2020 and called bids based on enterprise value. According to the new plan, the successful bidder didn’t have to absorb any predetermined debt. Air India has a net debt of around Rs 60,000 crore.

The nod came after the Air India-Specific Alternative Mechanism, the name by which the empowered group of ministers which includes Shah, Finance Minister Nirmala Sitharaman and Commerce Minister Piyush Goyal is known, accepted Tata Sons bid. The decision was then cleared by the Union Cabinet.

The Tatas and Air India go a long way back. It was JRD Tata who founded the airline with a capital of Rs 2 lakh given by a reluctant Sir Dorabji Tata, the then chairman of Tata Sons. JRD piloted the first flight in 1932 and the Indian aviation industry took off.

In 1946, the aviation division of Tata Sons was listed as Air India and, in 1948, the Air India International was launched with flights to Europe.

The international service was among the first public-private partnerships in India, with the government holding 49 percent stake, the Tatas 25 percent and the public owning the rest.

Air India put India on the global map. The king and queen of Sweden flew the Maharaja as did Pope Paul VI when he travelled to India in 1964. Singapore and Malaysia sought the advice of Air India management when setting up their state airlines in the 1970s.

Both Air India and Indian Airlines had a good run until the late 1980s. Matters came to a head following the merger of the two into Air India in 2007.

In the first year following the merger, the new entity posted a loss of Rs 2,226 crore. Losses continued to mount as Indian skies opened up and competition got fierce. Even hefty bailout packages failed to resurrect the airline, leaving the government with no option but to privatise the flag carrier.

Covid-19 testing, vaccination declining in Afghanistan since August: WHO