What is the ongoing crisis at one of China's biggest companies Evergrande? | THE DAILY TRIBUNE | KINGDOM OF BAHRAIN 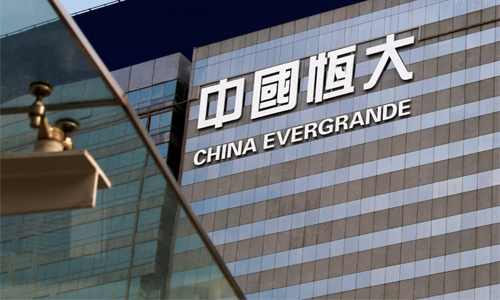 Monday’s global markets rout, including a sharp slide in benchmark indices in India, was triggered by two events.

One, a worsening fund crunch at Evergrande, China’s biggest and most indebted developer, which could prompt a regulatory crackdown on the country’s real estate sector. There are concerns that it could potentially spiral into a global financial contagion.

Two, US Treasury Secretary Janet Yellen’s warning of an “economic catastrophe” if American lawmakers failed to hike a legally-imposed debt ceiling, alongside concerns that US Federal Reserve Chair Jerome Powell will likely flesh out plans to taper the central bank’s bond purchases after the Federal Open Market Committee meeting Wednesday.

What’s the crisis at Evergrande?

Evergrande, a company that started out in 1996 selling bottled water followed by a stint in pig farming, now owns China’s top professional soccer team (Guangzhou Football Club, managed by former Real Madrid centre back Fabio Cannavaro), and has long been the poster boy of the Chinese real estate boom.

It rode on a sustained property prices surge in China — the main driver of the post-pandemic Chinese economic expansion — to expand into more than 250 Chinese cities selling home-ownership dreams to the country’s middle class.

There were two immediate triggers that precipitated the crisis at Evergrande. Chinese regulators, as part of a widespread crackdown on sectors such as the digital economy and education, kicked off probes into the high borrowings of property developers. To counter that, Evergrande tried selling off some of its business. But a progressive slowing down of China’s property market and tapering demand for new houses crimped cash flows. The two factors combined to precipitate the cash crunch at Evergrande.

The company is now struggling under a $300 billion liabilities burden that has decimated its credit rating and share price. It is faced with nearly 800 unfinished residential buildings, many unpaid suppliers and over a million home buyers who have partially paid for their properties.

There are two factors here. One, China has been instrumental in the post-pandemic global economic recovery, having been the first off the block in controlling the Covid-19 virus spread and shrugging off the impact of the lockdowns in the first quarter of 2020, effectively emerging as the key driver of the global commodities upcycle.

Second, China’s extended property boom that started in the mid-1990s has now ensured that nearly three-quarters of the country’s household wealth is locked up in housing. An impending collapse at the biggest real estate company could have a serious knock-on effect on the entire economy, dragging down growth and potentially setting off a cascading impact that could singe the global commodities and financial markets.

There are also concerns about Huarong, a Chinese state-owned financial conglomerate that has liabilities of nearly $240 billion. Huarong is reported to be in trouble as well, escalating the perception of a wider systemic crisis in China. But there are also indications that the Chinese Communist Party is likely to throw its weight behind a backstop mechanism to ensure that the crisis at both these companies does not spiral out of control.

Evergrande crisis: What’s been the impact on markets and global wealth?

The selloff on Monday was fairly widespread, with key indices across the Asia-Pacific and Europe plummeting sharply. The global rout in stock markets also hit the world’s biggest fortunes, with the richest 500 people losing a combined $135 billion, Bloomberg reported.

Tesla Inc’s Elon Musk’s net worth fell $7.2 billion to $198 billion on Monday, according to the Bloomberg Billionaires Index, with Jeff Bezos, the founder of Seattle-based Amazon.com, losing $5.6 billion, paring his fortune to $194.2 billion.

Evergrande founder and Chairman Hui Ka Yan dropped sharply in Bloomberg’s wealth ranking, with his fortune standing at $7.3 billion from a peak of $42 billion in 2017.

In India’s stock markets, the metals segment, which has been surging since the start of the year and appeared to show signs of overheating, tanked sharply Monday.

Analysts view this more as a short-term correction, but there could be an extended impact if the crisis in China were to remain unresolved.

India’s buoyant iron ore exports, much of which is headed to China, could also see an impact if the twin crises in China triggers an extended slowdown in the Chinese real estate market.

And there could potentially be a sustained impact on global growth prospects, dampening the nascent recovery that is underway in markets such as India.

The Fed’s tapering action is being seen as another headwind that could further impact sentiment, even though much of this has already been factored in.