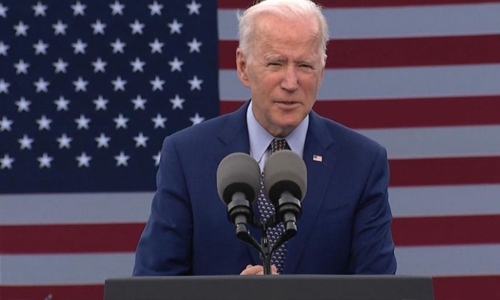 US President Joe Biden offered to scrap his proposed corporate tax hike during negotiations with Republicans, two sources familiar with the matter said yesterday, in what would be a major concession by the Democratic president as he works to hammer out an infrastructure deal.

Biden offered to drop plans to hike corporate tax rates as high as 28%, and instead set a minimum tax rate that companies should pay instead at 15%, sources said. Biden’s new proposal, worth $1.7 trillion, would allow some $75 billion in unspent COVID-19 relief funds to be repurposed for the bill, one source said.

It assumes that increased tax revenues from stepped-up enforcement would raise $700 bn over a decade, drop subsidies on fossil fuels to raise additional funds, and impose a new vehicle-miles-travelled fee on commercial trucks. In return, Republicans would have to agree to at least $1 trn in new infrastructure spending, one source said.“He is personally leaning in, willing to compromise, spending time with senators - Democrat and Republican - to find out what is the art of the possible,” Commerce Secretary Gina Raimondo told CNN in an interview yesterday.

“The only thing he won’t accept is inaction,” she said. “It has to be big and bold, $1 trn or more.” Biden originally proposed an infrastructure package that would cost $2.25 trn, paid for by raising taxes on the United States’ wealthiest citizens and increasing taxes on corporations from 21% to 28%.