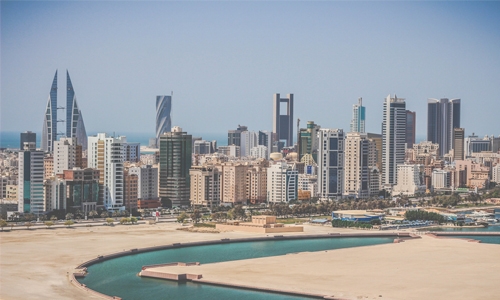 The Finance and National Economy Ministry today published the Q3 2020 Bahrain Economic Quarterly report for the Kingdom of Bahrain on the Ministry’s website (www.mofne.gov.bh). The report reflects the state of the Kingdom’s economy and the performance of its economic sectors and key economic indicators during the third quarter of 2020.

The Kingdom’s real GDP grew at 1.4% QoQ, or 10.8% in nominal terms. The recovery is in line with that witnessed by the global economy during the third quarter of 2020, after the contractions over the first half of the year as a result of the repercussions of the Coronavirus (Covid-19) pandemic and the decline in global oil prices.

The leadership of His Majesty King Hamad bin Isa Al Khalifa and the direction of His Royal Highness Prince Salman bin Hamad Al Khalifa the Crown Prince and Prime Minister, which saw the announcement of an unprecedented package of policy measures, with a value to date exceeding BHD 4.5 billion, and the gradual reopening of business activity have led the way for the growth in a number of non-oil sectors. The hotels and restaurant sector was the fastest-growing sector with real GDP growth of 71.1% QoQ supported by the increase in the number of visitors through King Fahd Causeway and through the Bahrain International Airport of 42.9%, and 147.3%, QoQ respectively, as well as the increase in the average hotel occupancy rate at 4-and 5-star hotels which increased by 53.8% QoQ. This was followed by the transport and communications sector which grew at 22.4%, the manufacturing sector at 4.2%, supported by the QoQ increase of Bapco’s refinery production by 11.8%, and the financial corporations' sector at 3.0%.

Major infrastructure projects continued to see progress over Q3 2020, as the value of the funded projects under the GCC Development Fund increasing during Q3 2020 by the US $0.2 billion, following the awarding of several contracts for the provision of electricity and water services and housing units in Madinat Salman. Moreover, the construction on Bapco’s oil refinery expansion project, the biggest in the Kingdom’s history, reached 60% completion and is on track for completion by the third quarter of 2022.

The report highlights the Kingdom of Bahrain’s latest achievements in several international rankings. The Kingdom ranked second among the Arab countries in the Human Capital Index 2020 issued by the World Bank Group, which focuses on the health and education sectors and measures the level of human capital that a child born today can expect to attain by the age of 18. The Kingdom also ranked third in the Arab world in the Prosperity Index 2020 issued by the Legatum Institute, measures the level of prosperity across several pillars within the areas of society, economy, and empowering people in terms of education and health, and first in the Arab world in the Basel Anti-Money Laundering Index 2020 issued by the Basel Institute for Governance. 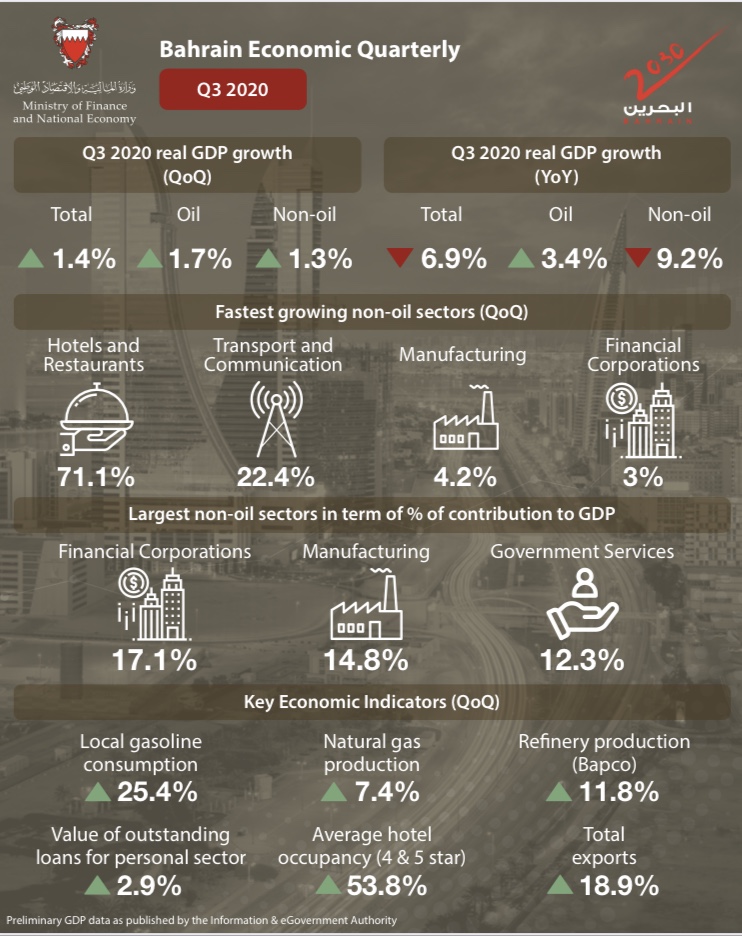