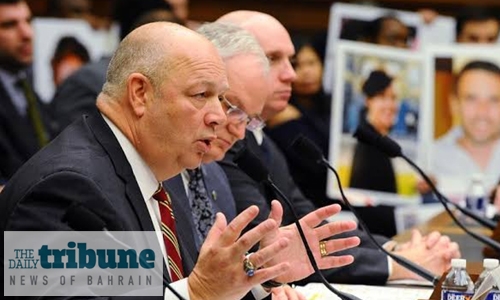 Dickson told CNBC in an interview ahead of his testimony before the US House Transportation and Infrastructure Committee that there are nearly a dozen milestones that must be completed before the plane can return to service. Federal officials said earlier this week the FAA is not expected to authorise the plane to fly until January at the earliest, citing significant work still to be done.

Some US officials think it may not be until at least February that Dickson gives the green light. Boeing shares fell 2% after Dickson’s comments. Boeing did not say if it had abandoned its prior goal to resume deliveries by the end of 2019 but said it was working “closely with the FAA and global regulators towards certification.”

Dickson is testifying alongside Earl Lawrence, the FAA’s aircraft certification chief. Boeing says the feeding of erroneous data to a computer system called MCAS that pushed the two planes lower was a common link in two wider chains of events leading to the crashes.

Trump pays $2 mn in damages to charities after court ruling