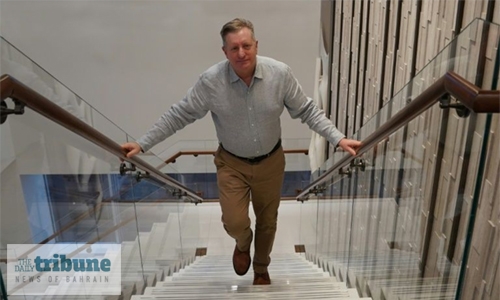 Could it be the trade war? What about next year’s US presidential election? For famed investor Steve Eisman, the cause of the next recession is up in the air. “It’s too hard to predict at this point,” said Eisman, who anticipated the 2008 financial crisis and served as the basis for Steve Carell’s character in “The Big Short.”

“What happened in 2007, 2008, 2009 was a systemic crisis,” said Eisman, who was one of the earliest investors to correctly read the subprime mortgage problem and invest accordingly. “Planet Earth almost burned,” he said. “And that was because of too much leverage in the banks, and a very large asset class subprime that blew up.” “That risk doesn’t exist anymore. Leverage in the US and in Europe is much lower.

The banks are better regulated.” Eisman, a senior portfolio manager who manages the Absolute Alpha fund at Neuberger Berman, said a less severe crisis was still possible in the nearterm, although such a slowdown is not a given. “We’ll know more, maybe in six months, whether a recession is on the horizon or not, or whether it’s just continued slow growth,” he said. If a crisis hit, Eisman isn’t worried about households, saying credit quality today is “very good” in the United States, especially on the consumer side.

“The biggest pain” will be felt in the corporate bond markets, in part because of post-crisis restrictions on banks that will limit their ability to provide liquidity if the bond market comes under pressure. Eisman criticized the easy-money policies of central banks, saying that “one hundred percent, it’s a mistake.”

He said the first round of US quantitative easing in March 2009 succeeded in bringing more liquidity to fixed income markets, but there was less benefit to the overall economy from subsequent rounds of stimulus. “All that really happened, in my view, is that the money went into the stock markets and it gave companies liquidity to buy back stock,” he said. “It makes rich people richer because they own securities,” he said.

“I kind of nickname quantitative easing ‘monetary policy for rich people.’” Eisman, who prides himself on having read the entirety of Thomas Piketty’s dense economics tome, “Capital in the Twenty-First Century,” attributes the debacle of 2008 to a concentration of wealth that began in the 1980s. Inequality has worsened, but “rather than deal with that problem head on, the policymakers consciously or unconsciously decided that they would democratize credit, meaning people who before couldn’t get credit, would now get credit,” Eisman said.

“To deal with that, leverage in the banking system had to go up a lot. At the end of the day, I think that’s what caused the financial crisis.” While consumer debt is not as bad today, inequality “is one of the reasons why growth is so slow,” because rich people spend a far smaller percentage of their income than those with less money, he said. “If the distribution of income was much more equal, people would be spending more and therefore the economy would grow faster,” he said.