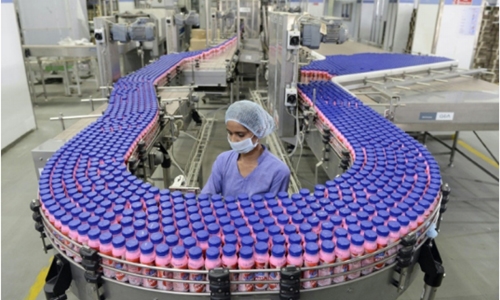 Indian farmers and businesses Tuesday hailed Prime Minister Narendra Modi’s decision to opt out of a sprawling Asian trade pact, with the country’s largest dairy producer Amul thanking the premier for “supporting livelihoods”. New Delhi’s 11th-hour rejection of the Regional Comprehensive Economic Partnership (RCEP) -- which was meant to account for 30 per cent of global GDP and loop in half the world’s population -- comes as India battles slowing manufacturing and consumption.

The pact would have increased India’s access to other Asian markets, but New Delhi feared its domestic industries would be hit hard if the country was flooded with cheap Madein-China goods, particularly in key employment sectors such as agriculture and textiles. In a tweet late Monday, Amul applauded Modi’s “exemplary leadership and support” to dairy farmers, who would have been exposed to more competition under the RCEP. “Your vision of supporting their livelihood will help doubling their incomes and make India stronger,” it said.

Praveen Khandelwal, secretary general of the leading lobby group, Confederation of All India Traders (CAIT), released a statement warning the deal would have allowed Chinese manufacturers to overwhelm “the Indian market with Made In China products at very low prices... thereby creating a disequilibrium”. B. M. Singh, convenor of the All India Kisan Sangharsh Coordination Committee, said the rejection of the deal was “a huge victory for farmers”. “We should not go for an open agreement like the RCEP simply because we can’t compete with other big countries,” Singh said.

“It’s like throwing someone who is 25 kilogrammes (55 pounds) into a boxing ring and asking him to compete with an opponent weighing 100 kilogrammes.” But experts cautioned that New Delhi, which has a long history of protectionism, may lose out as it tries to become a more globally competitive economy. “In an era in which manufacturing requires the ability to become more -- not less -- integrated into global supply chains, this decision appears for the moment to make it harder to boost manufacturing in India,” the Council on Foreign Relations senior fellow Alyssa Ayres wrote.

“The central issue for the Indian government isn’t in the wording of a trade deal, but in the competitiveness of the Indian economy,” Ayres added in a blog post underlining the need for New Delhi to undertake further reforms to kickstart growth. India’s decision is nevertheless seen as a blow to the deal, which now includes all 10 Association of Southeast Asian Nations states plus China, Japan, South Korea, Australia and New Zealand -- but not the United States. The remaining members are aiming to sign it next year after reviewing an agreed draft text.