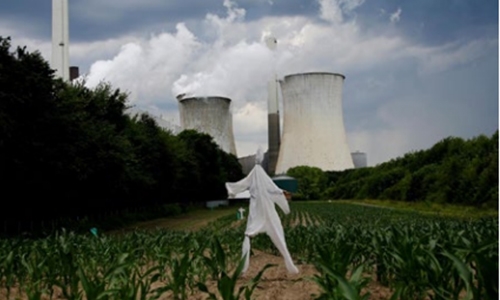 Climate protection measures that Chancellor Angela Merkel’s conservatives and their Social Democrat coalition partners want to unveil next week will cost at least 40 billion euros until 2023, a person briefed on the talks told Reuters on Saturday. “We agree that something needs to be done but it is still open which form this will take,” said the source briefed on the talks, which ended late on Friday. “We still have not agreed on a price for a tonne of C02.”

The government wants to unveil its climate protection package on Sept. 20 and Merkel has said the plans would include some sort of carbon emissions pricing to finance measures aimed at reducing emissions. The coalition partners, which include Merkel’s Christian Democrats (CDU), their Bavaria Christian Social Union (CSU) sister party and the centre-left Social Democrats (SPD) are divided on how to finance Germany’s march toward a green future. Merkel’s conservatives have been cast as more eager to ensure that the burden of financing the measures doesn’t hurt German industry.

The SPD want to protect small earners. Merkel touched on those dilemmas facing her ministers in her podcast. “On the one hand we want climate protections measures to be effective to meet our commitments,” she said. “On the other hand we want to be economically sensible and act in a socially acceptable way so that all people can afford climate protection.”

The plans are expected to touch on a broad range of issues such as extending grants for electric car buyers, expanding a network of charging stations, raising road taxes for polluting vehicles, improving heating systems for buildings and raising a green surcharge for plane tickets.