US, China to resume talks in Washington in October | THE DAILY TRIBUNE | KINGDOM OF BAHRAIN 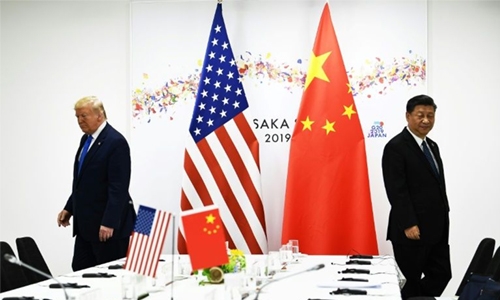 US, China to resume talks in Washington in October

China and the United States will resume trade talks in Washington in early October, Beijing said yesterday, allaying fears that new punitive tariffs would lead to a breakdown in the protracted negotiations. The world’s two biggest economies have been embroiled in a tense year-long tariffs row, which escalated on September 1 when both sides swapped fresh levies on goods worth hundreds of billions of dollars.

The talks were supposed to have resumed this month but China’s commerce ministry said Vice Premier Liu He, Beijing’s pointman on trade, agreed to October in a phone call with US Trade Representative Robert Lighthizer and Treasury Secretary Steven Mnuchin yesterday. The officials agreed to “work together and take practical actions to create favourable conditions for consultations”, the ministry said in a statement. It added both sides would “maintain close communication” ahead of the talks.

The news will be seen as a sign of optimism in a trade war that has weighed on the global economy and stock markets while also shaking diplomatic relations between the two global powers. The top officials last met in Shanghai in July for discussions that were described as “constructive” but ended with no announcements. US President Donald Trump soon afterwards said he would increase tariffs on more than half-a-trillion dollars’ worth of imports, prompting Beijing to respond with fresh tariffs on US goods worth $75 billion.

Those were the levies that kicked in this month. Tensions continued to mount over the summer, with Trump earlier this week accusing Chinese negotiators of holding out for a better deal in hopes he will be voted out in next year’s presidential elections. The US president has also claimed China is being forced back to the negotiating table because of the country’s slowing economy.

Officials in Beijing on Wednesday discussed new measures to keep the country’s economy growing in the face of an “increasingly complicated and challenging external environment”, according to an official statement. Policy tools proposed at a State Council executive meeting chaired by Premier Li Keqiang include cuts to the amount of cash banks must keep in reserve to encourage more lending, especially to smaller and medium-sized businesses.

An increase in the use of local government bonds to finance infrastructure projects was also put forward. This week economists including Bloomberg Economics cut their forecasts for China’s economic growth in 2020 to below 6.0 percent as a result of increasing risks from the tariff war with the US. But while Trump points to China’s weakening economy, observers warned that a survey Tuesday showing the US manufacturing sector had contracted for the first time in three years was a worrying sign.

At the recent Group of Seven meeting in France, Trump spoke of new communications between US and Chinese negotiators -- giving financial markets a brief boost -- though China’s foreign ministry said it was unaware of such contacts. This week Beijing said it had lodged a complaint against the US with the World Trade Organization (WTO), the day after the new tariffs came into force.

While the US-China negotiations began in earnest in January and seemed at first to make progress, they were abruptly called off in the spring by Trump. They resumed in June at the highest levels on the margins of the G20 summit meeting in Osaka, Japan, when Trump met his Chinese counterpart Xi Jinping. But in its complaint to the WTO, Beijing accused the new US tariffs of “seriously violating the consensus reached by the leaders of our two countries in Osaka”.

French rooster Maurice triumphs in battle over right to crow