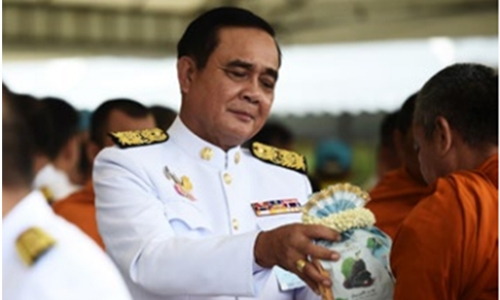 Thailand will pour more than $10 billion into the economy, the finance ministry said yesterday, as a new government looks to kickstart sputtering growth after five years of junta rule. The once-vibrant Southeast Asian economy sagged after a 2014 coup and growth slowed to 2.8 per cent in the first quarter of this year, the first time it dipped under 3 percent since mid-2015, according to the World Bank.

The generals who seized power steered a transition to civilian rule after disputed elections in March but are under pressure to ram through ambitious investment schemes and create jobs amid a global slowdown and US-China trade tensions. A surge in the Thai baht is also hindering recovery by weighing on the competitiveness of exports and tourism.

The estimated 316 billion baht ($10.2 billion) package will be set aside for “urgent economic stimulus measures”, the finance ministry said, adding that the proposal needs final approval from the cabinet. “It is expected that the Thai economy will be driven towards GDP growth of 3 percent,” the statement added. The money includes aid for more than 900,000 farmers affected by drought, 1,000 baht ($30) handouts for tourism-related expenses, loans for small businesses and hikes in state welfare card subsidies.

Tourism remains the kingdom’s banker -- accounting for a fifth of the economy -- and Chinese visitors are integral. Visa free exemptions for Chinese and Indian travellers are also part of the new proposal. Critics have said former junta leader turned civilian premier Prayut Chan-O-Cha is relying too much on China for assistance. Prayut has courted investment from Beijing for flagship project the Eastern Economic Corridor, a $45 billion plan across three eastern seaboard provinces.