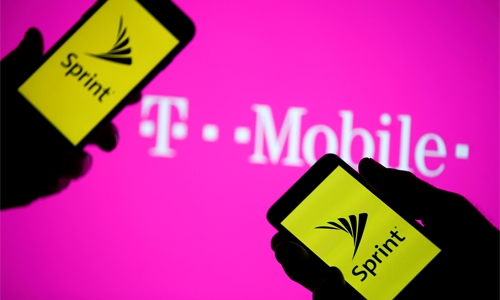 New York and California led a group of state governments in filing a lawsuit to block the proposed $26 billion merger between Sprint and T-Mobile, asserting the deal would harm consumers. Nine states and the District of Columbia, argued that allowing the companies to combine would cause “irreparable harm” leading to higher costs that would price out low-income consumers.

T-Mobile and Sprint, the third- and fourth-largest wireless carriers in the country, together have around 130 million subscribers, and the combination would bring the merged company closer to the dominant players Verizon and AT&T. The merger “would not only cause irreparable harm ... by cutting access to affordable, reliable wireless service for millions of Americans, but would particularly affect lower-income and minority communities,” New York Attorney General Leticia James said in a news release.

“That’s why we are going to court to stop this merger and protect our consumer.” Sprint, majority owned by Japan’s SoftBank, and T-Mobile, a unit of Germany’s Deutsche Telekom, have said the deal is needed to compete in developing the next-generation 5G network. The companies have agreed not to raise rates for three years and will divest from Sprint’s subsidiary Boost Mobile.