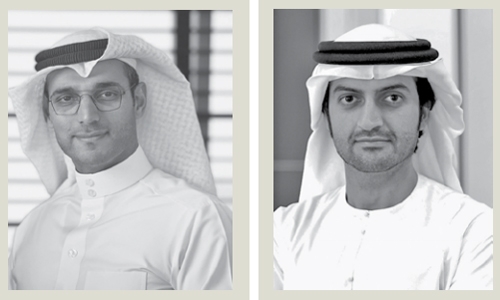 GFH Financial Group (GFH) yesterday reported a 6.47 per cent increase in revenues, which reached US$70.12 million versus US$65.86m in the first quarter of 2018. Net profit attributable to shareholders was US$21.36m compared with US$36.48m in the prior-year period, a decrease of 41.44pc. Consolidated net profit was US$20.7m, compared with US$36.89m in the first quarter of 2018. The decrease in net profits is attributed primarily to lower contribution from the Group’s commercial banking arm and extended closure of investment funds, which are expected to realise during the second quarter.

The results were supported by a significant contribution from the proprietary investments revenue stream of the Group with a successful exit of a 40pc stake in its Bahrain-based Al Areen Hotel, against the acquisition of the Hotel Tower in Villamar development, which contributed US$29.40m. The Group’s Investment Banking business also contributed US$7.4m. Real estate business reported a US$8m contribution from its Harbour Row projects.

Hisham Alrayes, Group CEO of GFH, said, “During the first quarter, we have been able to exit part of our proprietary investments to a strategic partner and took ownership of the Villamar Hotel in the Bahrain Financial Harbour. This will allow us to complete the project faster and achieve higher returns for our shareholders. “We have also launched our Britus US$200m education platform during the quarter and have been able to sign to acquire six new K-12 private schools in the region.”

We need an urgent global response to the plague of plastic