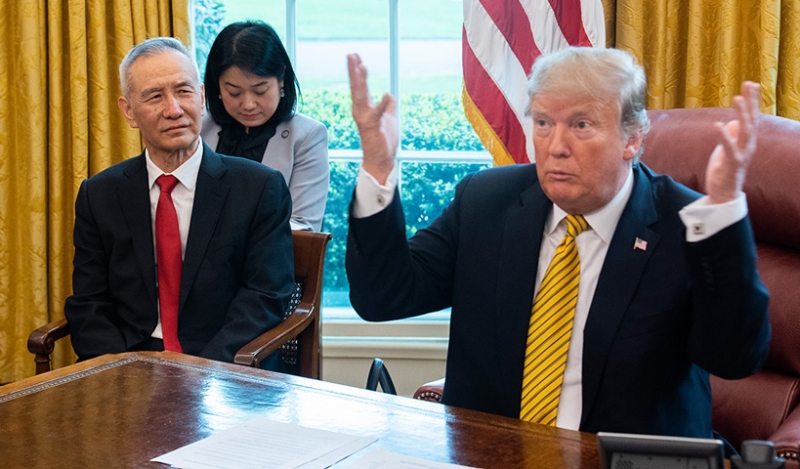 China’s top trade negotiator said more talks will be held with the United States as he revealed what Beijing considers the three main differences keeping the two sides from reaching a deal.

Speaking to reporters in Washington on Friday, Vice Premier Liu He for the first time gave details on where the negotiations stood following two days of talks with US counterparts, with tariffs and how much China should import from America among the disagreements.

“Negotiations have not broken down, but rather, on the contrary, this is only a normal twist in the negotiations between the two countries, it is inevitable,” Liu said. “Both sides agree they will meet again in Beijing in the future and keep pushing forward the negotiations,” he said without giving a date.

Since last year the United States and China have exchanged tariffs on more than $360 billion in two-way trade, gutting US agricultural exports to China and weighing on both countries’ manufacturing sectors. Liu said the two days of talks in the US were “productive”. “We have a consensus in lots of areas but to speak frankly there are areas we have differences on, and we believe these concern big principles,” he said.