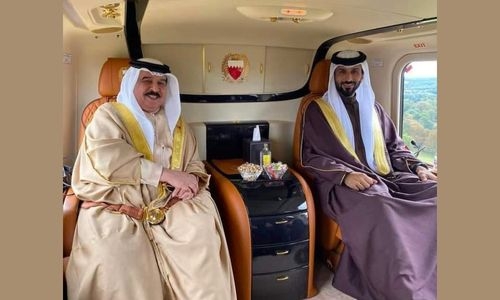 HM the King's Representative for Humanitarian Work and Youth Affairs, His Highness Shaikh Nasser bin Hamad Al Khalifa, has extended deepest thanks and appreciation to His Majesty King Hamad bin Isa Al Khalifa, the Honorary President of the Royal Humanitarian Foundation (RHF), following the issuance of a Royal Order on restructuring the Board of Trustees, under HH Shaikh Nasser's chairmanship.

In a cable, HH Shaikh Nasser extended, on behalf of the RHF's board members and affiliates, sincere thanks and gratitude to HM the King, pledging that he will spare no effort in order to implement the royal directives in the humanitarian work field through the RHF.

His Highness asserted that HM the King seeks to alleviate the living burdens on needy families and advance the RHF so as to become a global humanitarian institution, which reflects the ongoing royal interest in the humanitarian and social role played by the kingdom.

US and Afghanistan carry out prisoner exchange: Taliban