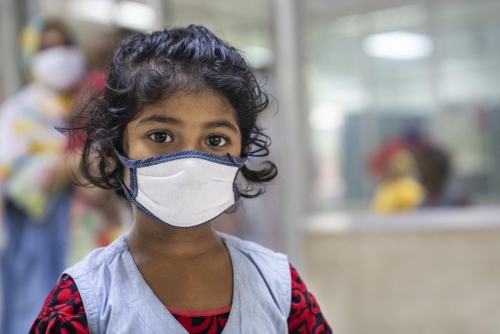 A group of fraudsters are allegedly charging fines from labourers for not wearing masks across areas in Manama.

Sources say these fraudsters disguise themselves as either members of Central Investigation Department (CID) or Health Ministry staff and threaten the laborers of putting them behind bars in case of not paying fines.

“Out of fear, they pay fines which are normally between BD5 and BD10. These frauds only target innocent laborers as they are mostly unaware of changes in Covid-19 rules and regulations,” the sources added.

Speaking to The Daily Tribune, Bangladeshi national Mohammed Polash said he had to give BD5 in fines after two men, introducing themselves as CID officials approached and threatened to jail him in Gudaibiya. “I was really worried and instantly gave BD5. But, after sometime I realised I had been defrauded as I could see very few wearing masks on the streets.”

Mohammed said two of his friends also faced a similar experience. “While one argued and avoided paying the money, the other got scared and offered money to fake officials.”

An Indian national, who doesn’t want to be identified, told The Daily Tribune that two people approached him seeking fines for not wearing a mask in Gudaibiya, but “he did not relent to their demand”.

Beginning the first week of last April, the Kingdom’s health authorities eased all stringent face mask rules with masks no longer mandatory, both indoors and outdoors.

The National Taskforce to Combat Covid-19 also suspended the four-tier traffic light-style mechanism that was being used to monitor the virus spread.

Last July, the country adopted the four-tier system that monitors the spread of the disease and also the types of services and centres that can be made available to the public.

The levels are Green, Yellow, Orange and Red, and were based on the number of positive daily cases.

De-escalating from one level to the level below requires the same level to be maintained for a period of no less than a week.

Escalating from a lower alert level to a higher one can take place with immediate effect.

Moving directly from the Green Alert Level to the Red Alert Level is possible without going through the yellow and orange levels.

Moving to an alert level can be recommended based on various emergency developments and that some dates may be designated a higher alert level in the interest of public health and safety.

In November, the taskforce updated the system to be based on a rolling average of Covid-19 patients in intensive care units.

Since the start of the outbreak in early 2020, the Kingdom has recorded 1,477 deaths.