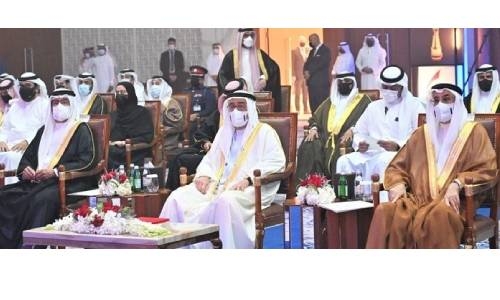 Winners of the highly coveted eGovernment Excellence Award 2021 were announced at a ceremony, held under the patronage of His Highness Shaikh Mohammed bin Mubarak Al Khalifa, the Deputy Prime Minister and Chairman of the Supreme Committee for Information and Communication Technology.

Organised by the Information and eGovernment Authority (iGA), the event was held at the Gulf Hotel’s Gulf Convention Center in the presence of ministers and other senior ICT officials from the public and private sectors.

HH Shaikh Mohammed emphasised that the award is one of the most important national initiatives stemming from the vision of His Majesty King Hamad bin Isa Al Khalifa, with the support of His Royal Highness Prince Salman bin Hamad Al Khalifa, the Crown Prince and Prime Minister, to adopt and invest in advanced technologies across fields, and to accelerate the pace of the government’s digital transformation.

HH Shaikh Mohammed said: "This vision has resulted in a strong information and communication technology (ICT) sector with an advanced global positioning, based on solid foundations and technical infrastructure that can keep pace with global developments and accommodate national initiatives such as these awards.” 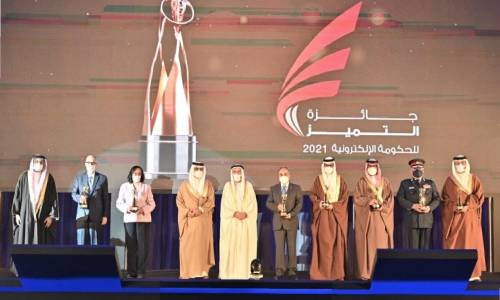 He said that the eGovernment Excellence Award is a national treasure, given the interest and participation it enjoys from participating groups and institutions, which led to its continued success.

He expressed his appreciation to His Excellency Lieutenant General Shaikh Rashid bin Abdullah Al Khalifa, the Minister of Interior for his supervision of the work carried out by the iGA.

HH Shaikh Mohammed added that although the 11th edition of the award came under exceptionally difficult circumstances imposed by the COVID-19 pandemic, the award helped enhance the spirit of challenge and determination among public and private entities, encouraging their quest for excellence. This pushed them to further invest in ICT and develop their systems and provided Bahraini entities participating in the award an incentive to heighten their levels of creativity and initiative.

He expressed his hope that both public and private entities, as well as individuals, will continue their high level of participation in the award in coming years, as they are considered partners in Bahrain’s development process. 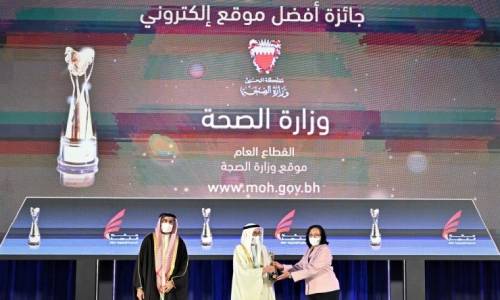 HH Shaikh Mohammed also expressed his appreciation to iGA Chief Executive, Mohammed Ali Al Qaed, the iGA’s employees, the jury members, the organisers, and everyone who contributed to the award.

He congratulated the winners and wished them success.

Among the public sector categories, Best Integrated Services for Individuals or Businesses was won by the Ministry of Interior for its Geographic Security System in Main Control Room (999) while the Best Government-to-Government eService category was won by the Ministry of Works, Municipalities Affairs and Urban Planning’s Internal Follow Up System.

For the first time since the launch of the award, three entities were jointly selected for the Best Practice in Community eParticipation category. 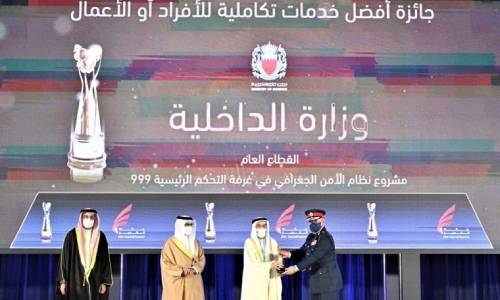 In the private sector, the Best eService winners were Bahrain Institute of Banking and Finance (BIBF) for its MyClass service and Bahrain Airport Services (BAS) for its Shaheen service.

The BENEFIT Company won the Best Application for Smart Devices Award for BenefitPay.

In the Best eConcept category for individuals, the winners were Shaima Almeer and Fatema Murad for their Boulevard 360o project, Abdulaziz Almoawda for his Litigants Chatbot, and Shaikha Muneera bint Mohammed Al Khalifa for Gov4Good.

Meanwhile, Yasser Abduljalil Ali AlSharifi and Mohamed Abdulrazaq Al-Mahmoud won the eCitizen Award, which is given to two citizens who used government eServices extensively and paid the highest amount through electronic payment services within a single year.

Al Qaed gave a presentation on digital transformation and global trends, which the award has tracked over the years. 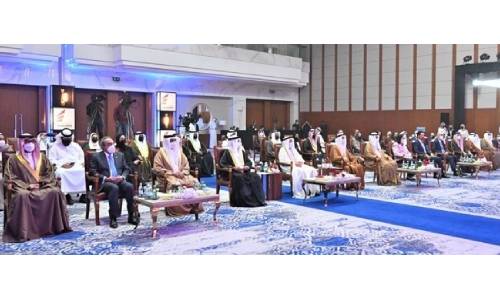 He expressed his appreciation to His Highness Shaikh Mohammed for his patronage and support for the award since its inception.

He also congratulated the winners on their outstanding contributions and ideas, giving an overview of the award and its role in shedding light on pioneering ICT initiatives in Bahrain.

With the support of His Excellency Lieutenant General Shaikh Rashid bin Abdullah Al Khalifa, the Minister of Interior, the award has been an important part of Bahrain’s national ICT infrastructure and an annual showcase of creativity and innovation.

Mr. Al Qaed also highlighted the cooperation between the public and private sectors in implementing various digital transformation projects and their positive impacts.

A short film about the awards was screened, which included a review of the awarding process, the positive results achieved, and the efforts of the jury committee in evaluating the applicants.