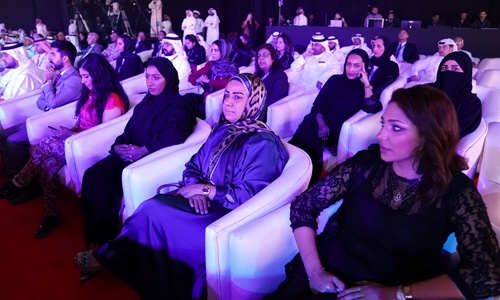 Majority of Bahraini youth express optimism about future despite challenges

Nearly three-quarters of the Bahraini youth, around 74%, are optimistic about the future despite challenges of our times, including the pandemic, saying “our best days are ahead of us.”

Likewise, a majority of them, at 70%, believe their voice matters to their leadership, an increase of 10 percentage points over 2020.

These are some of the top findings of the 13th Annual ASDA’A BCW Arab Youth Survey, released yesterday by ASDA’A BCW, the leading public relations consultancy in MENA, which also revealed the astonishing resilience and hopefulness of young Arab men and women across the region.

Optimism for a better life

The pandemic cost MENA economies an estimated $227 billion last year, pushing some countries to the brink of bankruptcy.

However, when asked whether they believed their best days were either ahead of them or behind them, an astonishing 60 per cent of young Arabs, expressed optimism in the future – the highest level of positivity in five years.

The survey report, themed “Hope for the Future,” based on the findings, further highlight the optimism of young Arabs with nearly half (48%) also saying they ‘will lead a better life than their parents,’ the highest percentage in three years.

In addition, half of respondents said their country’s economy was heading in the right direction and most expected a full economic recovery by 2022.

Today, more young Arabs trust their government to address their priorities, according to the survey.

Nearly three-quarters (72%) of young Arabs – similar to the positive sentiment among Bahraini youth – said their voice matters to their country’s leadership. Even in North Africa and the Levant region, which witnessed significant social unrest in recent years, many young Arabs now believe their opinions matter to their governments.