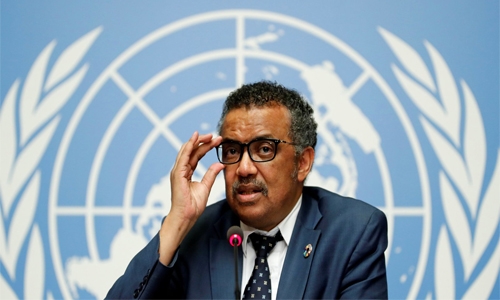 The government of Bahrain prepares to welcome Dr Tedros Adhanom Ghebreyesus, Director-General of the WHO, as the Kingdom’s status as a leading centre of public health expertise is acknowledged with the opening of a new WHO office. Dr Ghebreyesus’s visit comes as Manama was recently awarded the title of “Healthy City 2021” by the WHO. The city has been recognised for its commitment to creating an environment conducive to human well-being, the first Middle East capital to earn the distinction.

Dr Ghebreyesus, Director-General of the WHO, accompanied by Dr Ahmed Al Mandhari, WHO Regional Director for the Eastern Mediterranean, will conduct a two-day visit to Bahrain to officially open the WHO office in Bahrain. The establishment of the office in Manama will further develop an already close working relationship between the Bahraini Government and the WHO. The WHO’s presence in the Kingdom will facilitate the collaboration between authorities to ensure that the experience in Bahrain can be shared with others more easily especially on actions taken to combat the COVID-19 pandemic most effectively.

The Director-General will be met by Her Excellency Faeqa bint Saeed Al-Saleh, Minister of Health, Dr Waleed Khalifa Al Manea, Undersecretary at the Ministry of Health and Member of the National Medical Taskforce for Combating the Coronavirus (COVID-19), and Dr Tasnim Atatrah, WHO Representative and Head of Office in Bahrain, on his arrival; he will then be led on a tour of the Kingdom’s COVID-19 vaccination and testing facilities, where he will be briefed on measures taken by the Kingdom to protect the health of citizens and residents.

The tour will give the Director-General a first-hand opportunity to inspect Bahrain’s vaccination infrastructure, which has vaccinated over 70% of the population, a feat which was described by his colleague WHO’s Bahrain representative Dr Tasnim Atatrah as a “momentous achievement.”

Last summer, Dr Tedros Ghebreyesus lauded Bahrain’s virus strategy in a letter sent to Her Excellency Faeqa bint Saeed Al Saleh, Minister of Health commending the Kingdom’s holistic response to the pandemic and its proactive efforts to establish the necessary testing and healthcare infrastructure. The Director-General also praised the manner in which Bahrain’s government co-operated with the WHO to monitor the development of the pandemic and to take necessary action in a timely manner.

On 26 July, Dr Tedros Ghebreyesus will open Bahrain’s WHO office, which is set to be led by Dr Tasnim Atatrah, who recently presented her credentials to Her Excellency Faeqa bint Saeed Al-Saleh, Minister of Health and assumed office at the start of June. During the meeting with HE Al Saleh, Minister of Health, Dr Atatrah commended Bahrain’s health infrastructure and the Kingdom’s efforts to mitigate the impact of COVID-19 through precautionary and preventive measures in line with recommendations made by the WHO.

Earlier this month, Dr Atatrah praised the Bahraini citizen’s, resident’s, and government’s efforts during the pandemic and that the successful vaccination campaign can be attributed to; “the county’s farsighted leadership.” The opening of the WHO office in Manama and the appointment of Dr Atatrah serves as the next step in the city’s development as a global centre of health research, practice, and innovation.

A press conference has been scheduled to allow Dr Tedros Ghebreyesus an opportunity to comment on the WHO office’s opening and Bahrain’s efforts to address the COVID-19 pandemic.

Games off to flying start for Bahrain