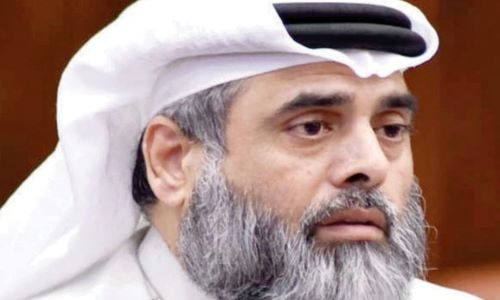 The Committee on Foreign Affairs, Defense and National Security is studying a parliamentary proposal to tighten control on motorcycles designated for delivering restaurant orders in terms of traffic and health.

The proposal was submitted by the Chairman of the Services Committee, Representative Ahmed Al Ansari, while it was signed by Representatives Ali Zayed, Issa Al Dosari, Abdul Razzaq Hattab and Ibrahim Al Nafiei.

The proposal comes in response to reports of abuses committed by food delivery motorcycles.

It aims to tighten control over them by putting an end to traffic violations committed by them, as well as by setting health requirements on food carrying boxes installed at the back of the bike.

The explanatory memorandum provided a number of justifications, in which it stated that many traffic violations have been witnessed recently involving motorcyclists designated for transporting and delivering restaurant orders.

The most prominent of the violations is the use by drivers of sidewalks and pedestrian paths as shortcuts, which endangers the lives of pedestrians, road users and cyclists alike.

Call for Filipinos in Bahrain to register for overseas voting