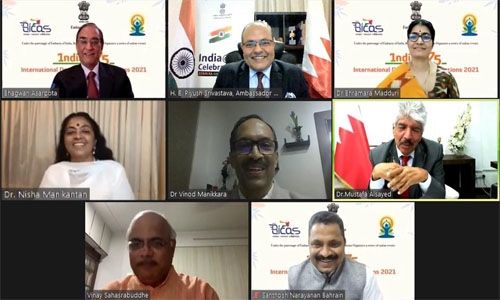 The Embassy of India in the Kingdom of Bahrain, in partnership with Indian and Bahraini organisations and associations, celebrated the 7th International Day of Yoga yesterday.

The main event of yoga protocols and exercises was held at 7 am with virtual participation of more than 100 Indian and Bahraini residents. June 21 was declared the International Day of Yoga in 2014 by the United Nations with the overwhelming support of more than 175 member countries, transcending all barriers.

The event celebrates global recognition of the ancient practice of yoga, and it is physical, mental and spiritual benefits. In his letters to His Majesty the King Hamid bin Isa Al Khalifa and His Royal Highness Prince Salman bin Hamad Al Khalifa, the Crown Prince and Prime Minister, Indian Prime Minister Shri Narendra Modi reiterated this universal appeal of yoga and the significance of celebrating the International Day of Yoga in the midst of the coronavirus (COVID-19) pandemic.

While expressing gratitude to the leadership and the Bahrain government for the cooperation extended in making International Day of Yoga celebrations a resounding success in the Kingdom, Prime Minister Modi said: “The theme for this year’s International Day of Yoga is “Yoga for Wellness”, which is particularly relevant in the current context.” He added: “Yoga has an inherent power to connect. Yoga is good for community, immunity, and unity. 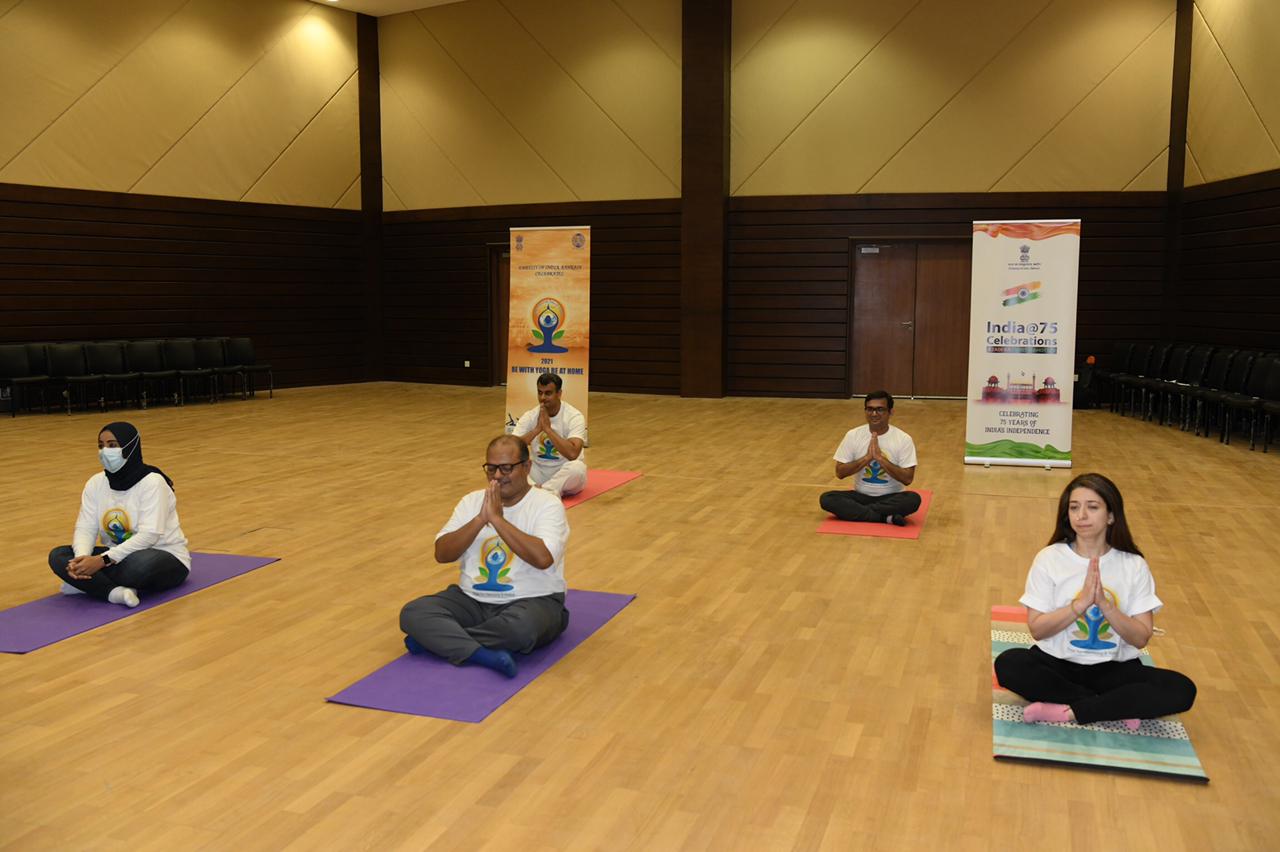 The theme of the International Day of Yoga celebrations this year reflects the concern for the good health and well-being of people across the globe.

It is an endeavour to ensure that we focus on fitness as well as wellness.” The Embassy, in partnership with Indian associations as well as Indian and Bahraini yoga centres, organised a diverse range of events to celebrate the occasion.

To mark the main day of the event, the Embassy organised three events. The morning yoga protocol and exercises, led by the Ambassador of India to Bahrain, H.E. Shri Piyush Srivastava, and graced by the presence of Namat Al Subaie, National Health Regulatory Authority, Bahrain, was held in hybrid format, in association with Art of Living.