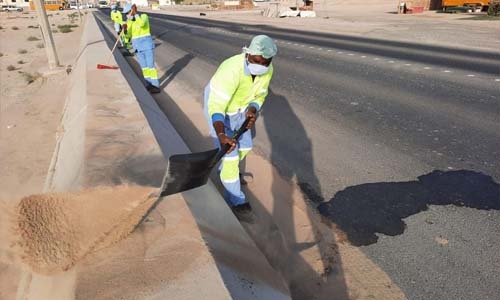 Lamia Al Fadala, the Director-General of the Northern Region Municipality, said workers removed 35 truckloads of dust and sand and 20 loads of agricultural waste from there. 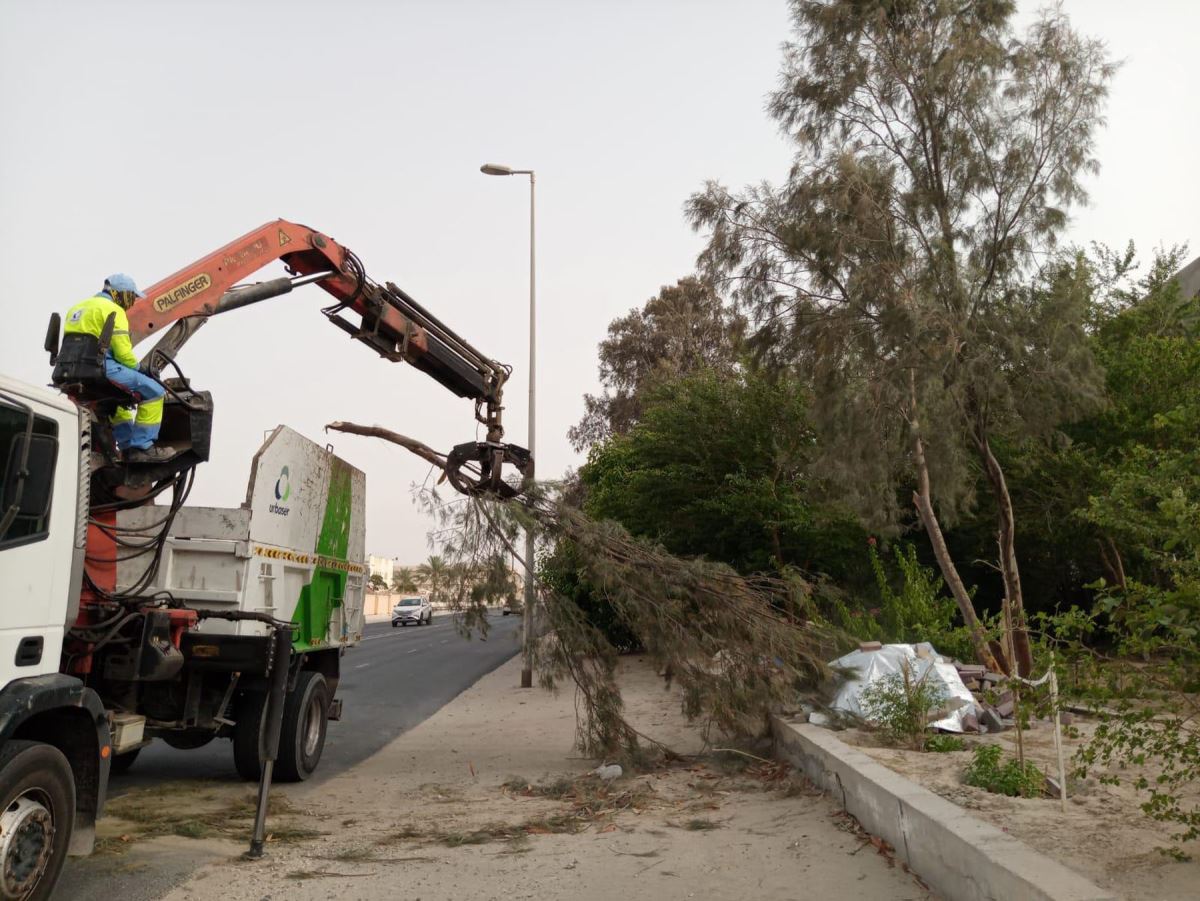 The strong winds also fell 45 advertisement hoarding blocking traffic movements at several places. Over 150 workers, robotic brooms, bobcats, and other cleaning-equipments were in action throughout the day to bring back life into normality. 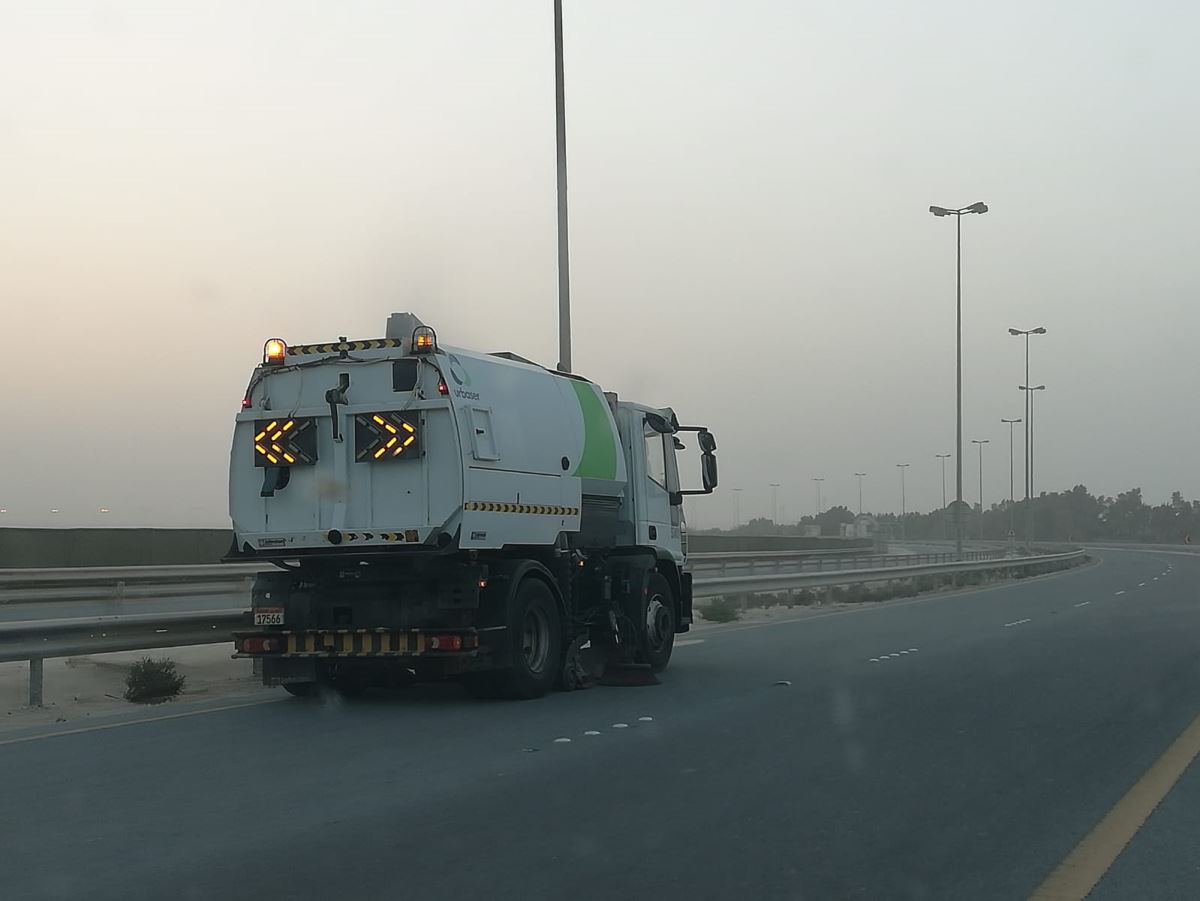 Al Fadala said the emergency teams worked relentlessly to remove sand accumulated on roads to make it safer for road users. “Emergency lines were also set to receive complaints and alerts from citizens and residents and also published those numbers on social media for quick response,” said the Director-General.

The scenes were almost the same in the Southern governorate, where emergency teams and other workers were busy clearing the dust and sand accumulated on roads and other places. 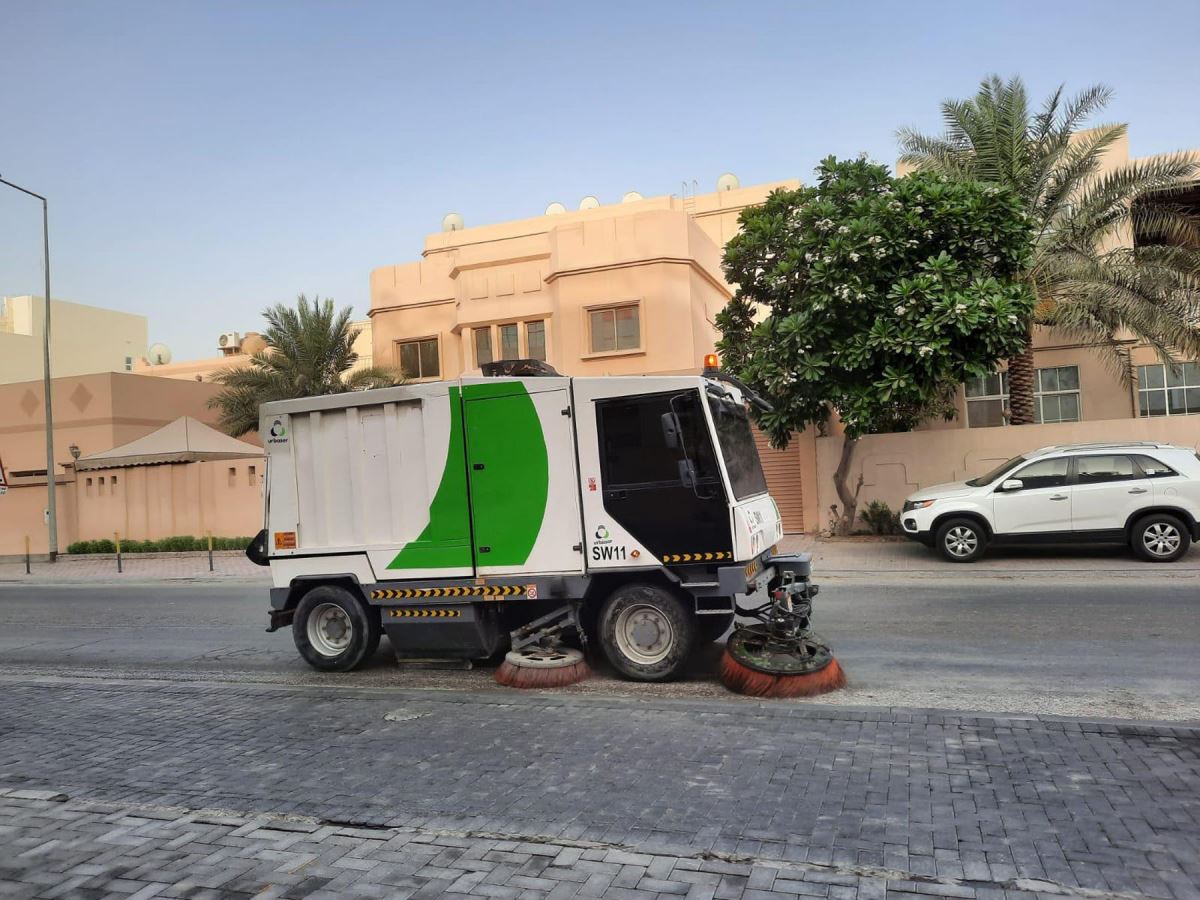 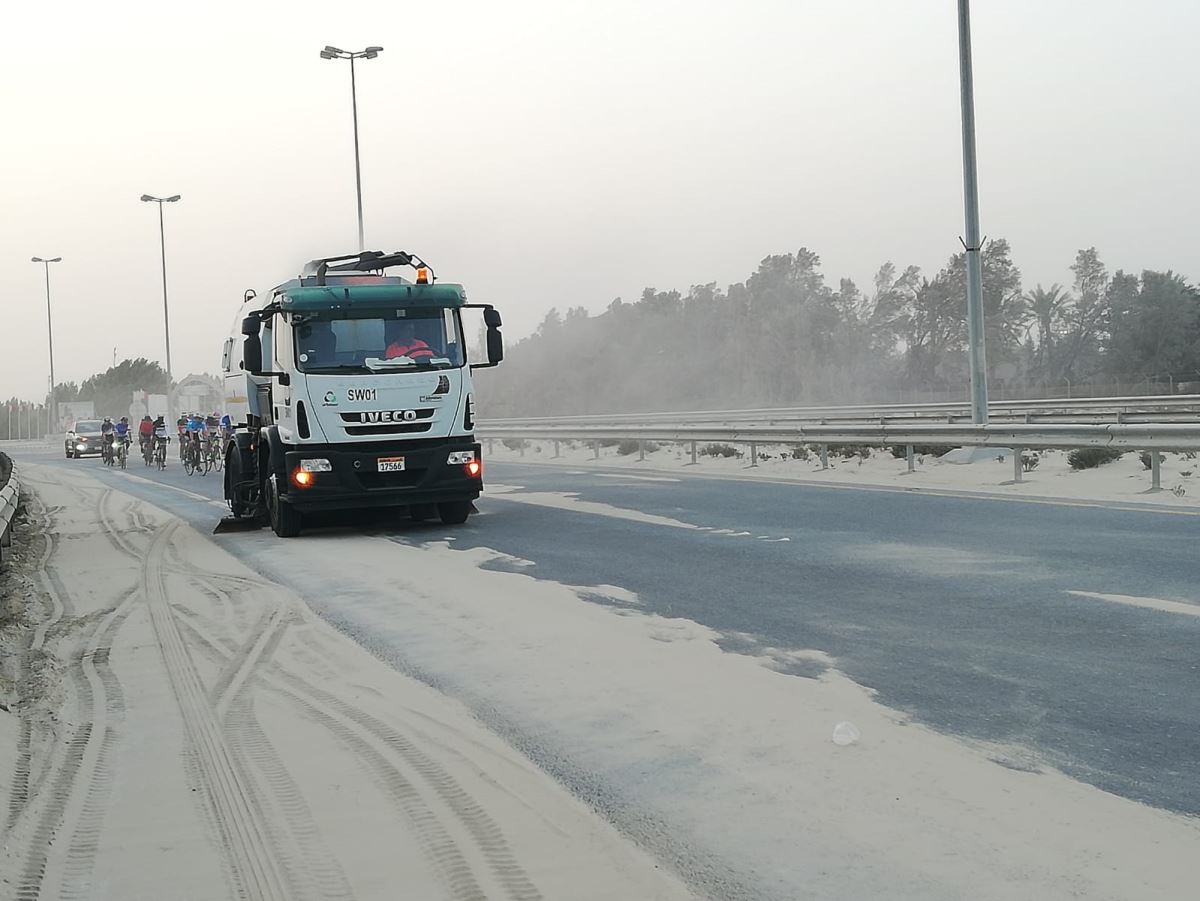 As we write this, cleaning works are continuing to make the roads motorable and safer. Capital municipality officials said they continue to remove truckloads of sand and dust accumulated from highways, streets, alleyways, and residential areas.

Emergency teams are in action in several areas of the Capital, with them working hard to make the roads safer for motorists. “The dust storm which swept the Kingdom almost for a week deposited tonnes of sand and other materials in the Capital,” said the municipal officials. 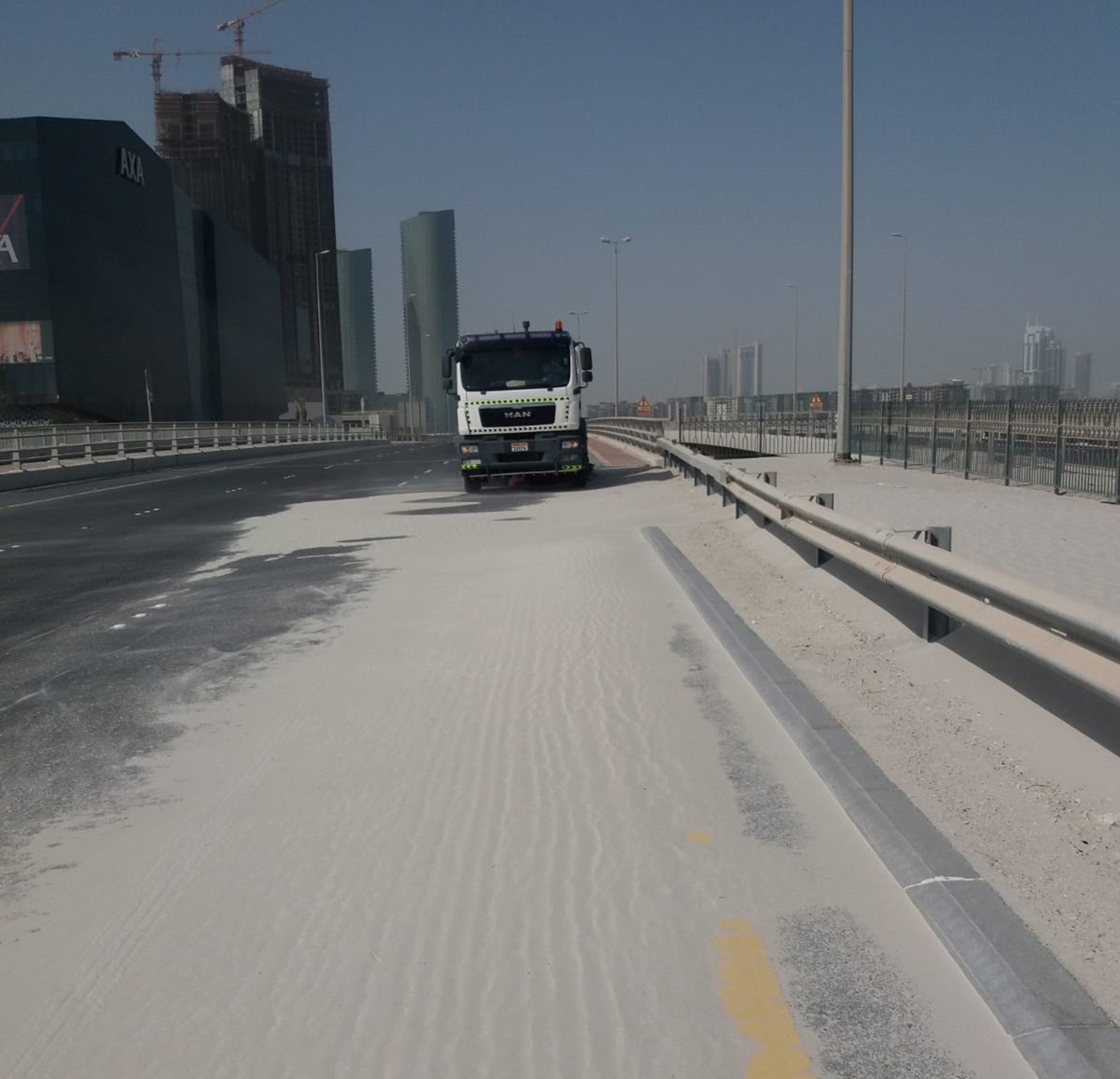 “As of now, we removed nearly 35 truckloads of sand, 20 loads of agricultural waste, 12 shipments of fallen advertisement boards and other wastes.”