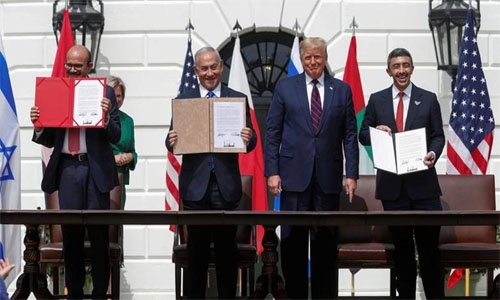 “Today, we are announcing the designation of both the United Arab Emirates and the Kingdom of Bahrain as ‘Major Security Partners’ of the United States,” McEnany said.

The designation is a status unique to the UAE and the Kingdom of Bahrain, she added.

“It recognises our exceptional security partnership, exemplified by their hosting thousands of United States soldiers, sailors, airmen, and marines, and the commitment of each country to countering violent extremism across the region. Most notably, both countries have participated in numerous United States led coalitions over the past 30 years,” McEnany said.

“Today’s decision demonstrates a new level of partnership between the United States, the UAE, and Bahrain, and represents an enduring commitment to economic and security cooperation. It also reflects their extraordinary courage, determination, and leadership in entering into the Abraham Accords,” the press secretary said.