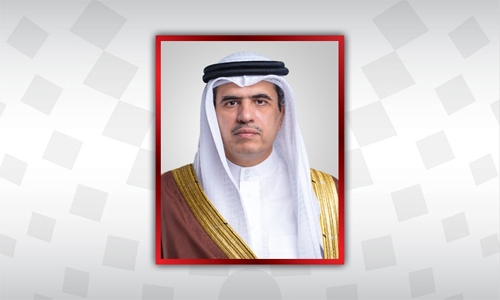 Information Minister Mohammed bin Ali Al Romaihi has praised the achievements of Bahraini women in the fields of diplomacy and media and their active participation as dependable and equal partners in the comprehensive development process of His Majesty King Hamad bin Isa Al Khalifa with the support of His Royal Highness Prince Salman bin Hamad Al Khalifa, the Crown Prince and Prime Minister.

The minister lauded women's distinguished role as diplomats since 1972 and their role in high positions both in diplomatic missions abroad and within the Ministry of Foreign Affairs.

Bahrain appointed its first woman ambassador in 1999 and its first undersecretary of the Ministry of Foreign Affairs in 1917. In 2006, a Bahraini woman was elected President of the UN General Assembly, becoming the first Arab and Muslim women to hold the distinguished post.

According to the latest figures, 31 per cent of Bahrain's diplomatic positions are held by women.

Al Romaihi expressed pride in Bahraini women assuming many administrative, executive and supervisory positions in light of the issuance of more than 50 legislation and administrative decisions supporting their rights.

They include the laws organizing work, the 2027 Family Law, the 2015 protection against domestic violence law and other national laws in line with international conventions, mainly the Convention on the Elimination of All Forms of Discrimination Against Women (CEDAW).

The minister pointed out to the role of women in supporting the democratic process by participating in the drafting and approval of the National Action Charter, representing half of the electorate in five legislative terms, and winning one-fifth of the seats in the legislative elections.

Bahrain women also made great strides by being elected as Speaker and as presidents of the National Institution for Human Rights and the Bahrain Journalists Association, and by becoming members in the International Federation of Journalists Gender Council and numerous civil society organizations.

They also have an active role in establishing justice and the rule of law, representing 11% of the judges, holding membership in the Constitutional Court and the Supreme Judicial Council and in family courts.

The minister referred to women's active participation in the economic and social process, representing 52% of the workforce in the public sector, 35% in the private sector, and 43% of entrepreneurs.

Bahraini women ranked first globally in indicators of enrollment in secondary and higher education, according to the Davos Circularity Gap Report. They represent 59% of university graduates, 71% of master's and doctoral holders, and 47% of academic staff.

The minister expressed the thanks, appreciation and pride of the Bahraini society for the sacrifices of Bahraini women from the health, security and media sectors in the Team Bahrain headed by His Royal Highness the Crown Prince in dealing with the coronavirus pandemic, holding 80% of the leadership positions in the team and 75% in the front lines.

He also commended Bahraini women for their pivotal role in media awareness by representing a third of the personnel of the Ministry of Information, for their contributions to remote education and for promoting the digital transformation of government services.

Such honorable stances will remain etched in the records of national achievements, he added.

Al Romaihi stressed the success of the Supreme Council for Women in elevating the status of women and in strengthening their family and societal stability in tackling the coronavirus under the theme of "Solidarity for the Safety of Bahrain" and in integrating the National Strategy for the Advancement of Bahraini Women in the Government Action Plan.

Bahraini women have also accomplished achievements that the international community recognized by electing Bahrain in the United Nations Entity for Gender Equality and the Empowerment of Women, also known as UN Women, and by applauding the Award of Her Royal Highness Princess Sabeeka bint Ibrahim Al Khalifa for Women Empowerment.