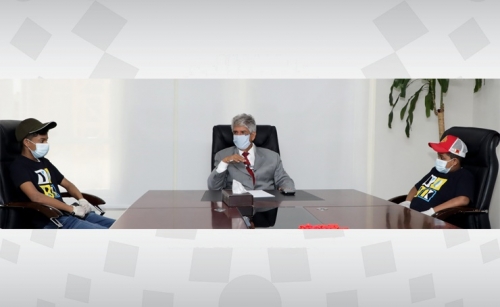 Dr Al-Sayed conveyed his deepest condolences from HH Shaikh Nasser to the sons of the fallen serviceman. He wished them success and prayed to Allah the Almighty to rest the soul of the deceased in eternal peace and to bless his family and relatives with patience and fortitude.

He stressed that the late soldier’s dedication and sacrifices for the kingdom’s sovereignty and security will never be forgotten, and will remain a source of great national pride. He affirmed that the childrens’ needs and requirements will be looked after by HM King Hamad bin Isa Al Khalifa, who is the father of the nation.

Dr Al-Sayed advised the fallen martyr’s sons to take interest in their education and future, as well as to follow in the footsteps of their late father who, he said, sacrificed his life for the sake of the cherished homeland. The martyr’s family in turn, extended sincere thanks and appreciation to HM the King, and the Bahraini citizens for their support and consolation.